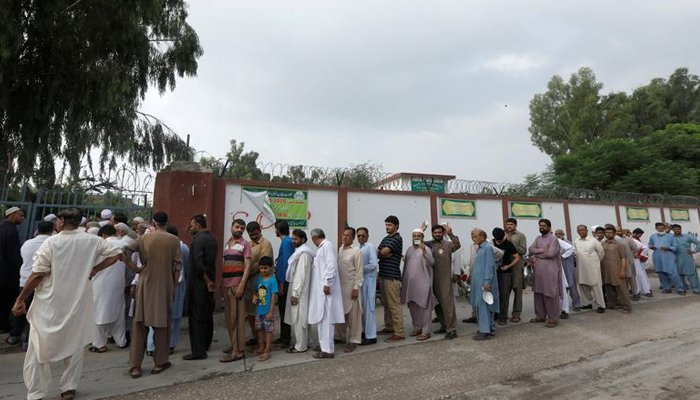 ISLAMABAD: In its second letter, the Ministry of Interior Thursday told the Election Commission of Pakistan (ECP) that terrorist activities might take place during the by-polls as it asked the body to hold the elections in a “cautious” manner.

The ministry had earlier this month written a letter to the commission seeking a delay of 90 days as security personnel were busy in flood relief works and it was feared that a certain party would “besiege” the federal capital.

“It is feared that the political leadership coming into Punjab will be targetted. The by-elections should be held in a cautious manner,” the ministry’s letter said.

The letter mentioned that nationalist parties belonging to Sindh and Balochistan could engage in terrorist activities in Karachi — where local body elections will be held on October 23.

The ministry said that it would not be possible for the police alone to control the law and order situation during the by-polls — and the armed forces, as well as other law enforcement agencies (LEAs), were busy in flood relief works.

The ministry added that in some provinces, the police’s actions showed partiality. Also, it noted that currently, the country’s political temperature was high and the “workers of all political parties are charged”.

The interior ministry added that terrorists have increased their activities in Karachi and Punjab after the deadly floods.

“At this moment, the army and para-military forces are busy in flood relief operations. A surge has been witnessed in the activities of terrorists and extremists,” the ministry said.

It noted that as compared to 2021, there was an increase of 52% in terrorism-related activities during the ongoing year.

It was further mentioned that the officials of law enforcement agencies, government allies, and members of peace committees are being targeted.

The ministry highlighted that there has been a significant increase in Khyber Pakhtunkwa as a result of which 222 incidents of terrorism have been reported in the last three months.

“Since June, terrorists have been entering Pakistan through secret routes on the Afghanistan border and Taliban have facilitated TTP through these secret routes,” the letter read.

Before the interior ministry’s letter, the Sindh government refused to provide security personnel for the October 23 local body polls in Karachi.

On October 4, the ECP turned down the Sindh government’s plea to differ the local body elections in the port city for three months.

Despite the refusal, the provincial government has again written a letter to ECP seeking a delay in polls for the next three months in the metropolis city.

The provincial government, however, excused itself from providing security resourcing, saying that a large number of the security personnel were engaged in the flood relief world.

“We are unable to provide the required security resources for the October 23 elections as a large number of police officials are busy helping the flood victims,” said the Sindh government

The provincial government, however, agreed to provide security if the local body polls are held in two phases in the metropolis.

“If the situation returns to normal in three months, security resources will be available for the local body election,” the provincial government added.