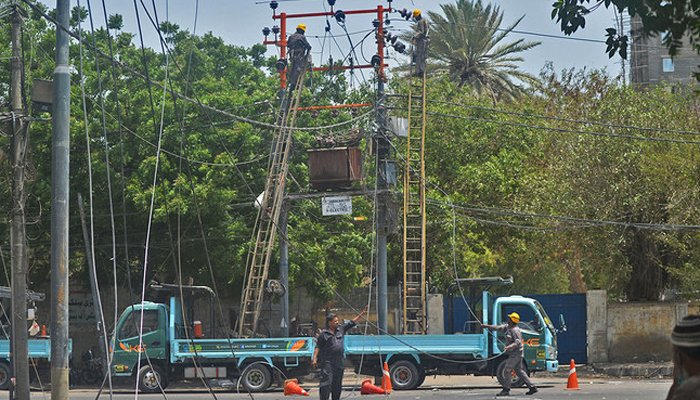 ISLAMABAD: The Ministry of Energy said Thursday night that the electricity transmission system across Pakistan had been restored after a major power outage hit several parts of the country.

In a statement, the energy minister added that a disturbance that occurred in the 500KV line of Karachi had been cleared, and further power was being diverted from alternative power plants, which will help the power situation return to normal by Friday morning.

Southern parts of the country, mainly Sindh, Punjab and Balochistan, were left without power after a fault was detected in the national grid’s southern transmission system.

However, despite to the ministry’s statement, power had not been completely restored as sources told Geo News that the electricity supply from Tarbela Dam had been suspended.

The Ministry of Energy earlier said that “accidental faults” in the southern transmission system led to the outages.

“Several power plants are tripping in a row due to an accidental fault in the southern transmission system, which is hindering the electricity supply in the southern areas of the country,” the ministry tweeted.

In January 2021, a major blackout hit the country after a disturbance in the power supply frequency. The power was completely restored hours after the breakdown.

In a statement, the K-Electric spokesperson said that the power supply is being restored in the port city in phases.

Power supply to strategic installations including the airport, hospitals, and Karachi Water and Sewerage Board (KWSB) pumping stations have been restored, the power utility’s spokesperson said.

It said that power to parts of FB Area and Gizri including Aga Khan, Civic Centre, Clifton, Defence, Dhabeji and Elander Road as well as large parts of Gulistan-e-Johar, Liaquatabad, Lyari and Malir and others have been restored.