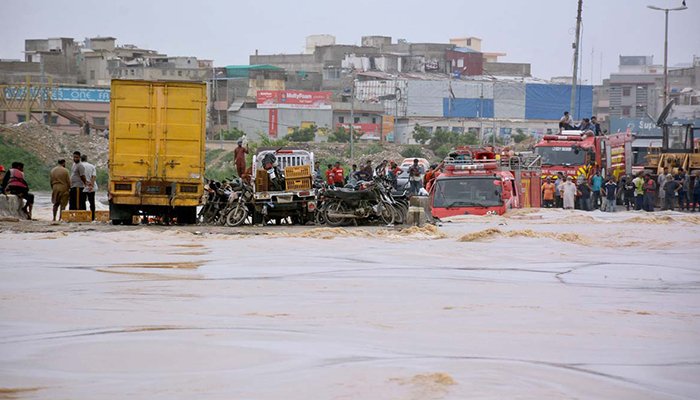 KARACHI: As the monsoon season continues unabated across the country, it is expected to bring heavy rains once again to the largest city of Pakistan — Karachi.

The chief meteorologist said that heavy downpours are expected in the city from tomorrow night to August 18.

He added, however, that rain in the city will remain moderate to light today.

There is a possibility of rain continuing in upper Sindh till August 19, the chief meteorologist said.

In an earlier press release, the PMD had warned that heavy rains could generate urban flooding in Karachi from August 14-18.

The rains in Karachi and across the country have killed over 600 people since the beginning of this year’s monsoon season, with Balochistan being affected the most as more than 180 citizens have lost their lives in rain and flood-related incidents.