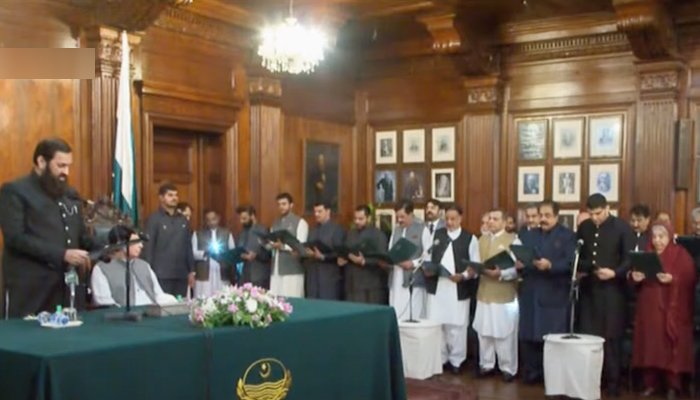 The oath-taking ceremony was held at the Governor’s House in Lahore.

It was speculated that Rehman, belonging to the PML-N, may not swear in the PTI and PML-Q lawmakers, given that PTI’s Omar Sarfaraz Cheema, who was previously governor, did not swear in PML-N’s Hamza Shahbaz as chief minister and after the post changed hands, Rehman did not administer the oath to PML-Q’s Pervez Elahi.

CM Elahi and other dignitaries were also present at the swearing-in ceremony.

Congratulating the newly inducted ministers, Elahi expressed the confidence they will perform their responsibilities efficiently.

“It is hoped that the provincial ministers will work day and night to serve the people and meet the expectations of the people of Punjab.”

He advised them to spare no effort in serving the masses as the focus of the government is the welfare of the poor people.

They will take all possible measures to give relief to the common man, Elahi said.