FIA to send another notice to Imran Khan 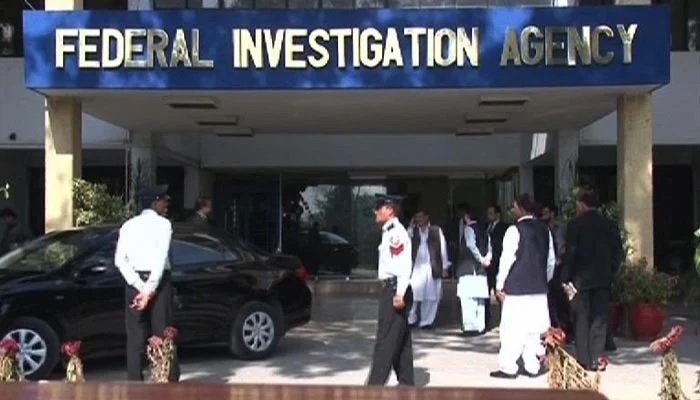 According to sources, the FIA has decided to send Khan another notice to seek answers regarding the prohibited funding case, while rejecting Imran Khan’s current position.

Khan’s arrest warrants will be issued after three notices have been sent, said sources within the FIA.

The FIA had issued notices to the chairman and general secretary of the PTI to investigate the issue of prohibited funding and to provide details of party fund records.

Imran Khan had previously stated that he is neither accountable nor obligated to provide information to the FIA.

FIA asks Khan to share record of funding to PTI

Earlier, FIA had sought records from Khan regarding the total funds provided to the party by national and international companies and business firms.

Following the ECP’s judgment that ruled PTI received funding from prohibited sources, the FIA had launched a country-wide inquiry into the matter.

In a letter to the PTI chairman, the FIA had asked Khan to provide the record of the membership fee from the establishment of the PTI till now.

The investigation agency had also sought annual statements of PTI’s bank accounts since 1996, the record of its registered and unregistered organisations and trusts from the party’s chief.

Khan was also asked to provide the record of PTI’s national and international donors. The FIA had also directed the PTI chairman to provide details of funds received from various companies in different countries separately.

The agency had also sought the list of the party’s office-bearers, their CNICs and the names of those who were allowed to operate the party’s bank accounts. The investigation agency had directed Khan to provide details of the board that is looking after the financial affairs of the party.

The party’s chairman and the general secretary were told to submit the details to the FIA within 15 days.