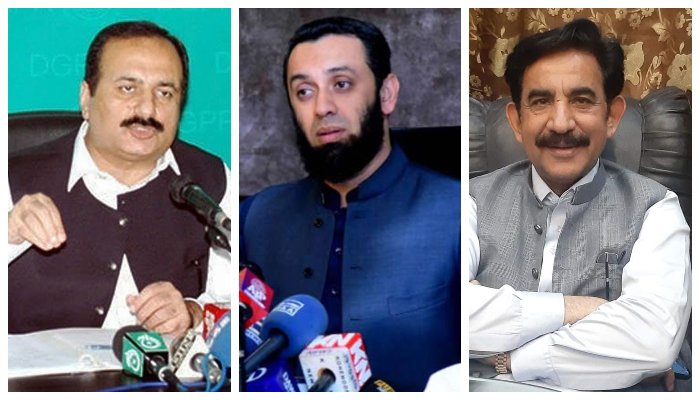 LAHORE: A judicial magistrate Friday issued the arrest warrants for a dozen PML-N leaders, including prime minister’s special assistant Ata Tarar, in relation to a ruckus created at the Punjab Assembly.

A case was registered against the PML-N leaders over the ruckus which took place in April during the chief minister’s election — when Hamza Shahbaz was elected to the top office.

The police officer told the judge that despite a case being registered against them, the PML-N leaders have knowingly refused to show up for the investigation.

The judge then approved the arrest warrants of the politicians.

In response, former chief minister Hamza condemned the arrest warrants and said that the raids conducted by the police at the residence of the PML-N leaders depicted a “dictatorial” mindset.

“This fascist government cannot break the spirit of the Muslim League through their mischievous actions. The police raids at Mashood’s home violated the privacy of his house,” the PML-N leader said.

“I applaud the courage of those who faced oppression and abuse for [nearly four] years. I was kept behind bars for 1.5 years in a political case,” he added.