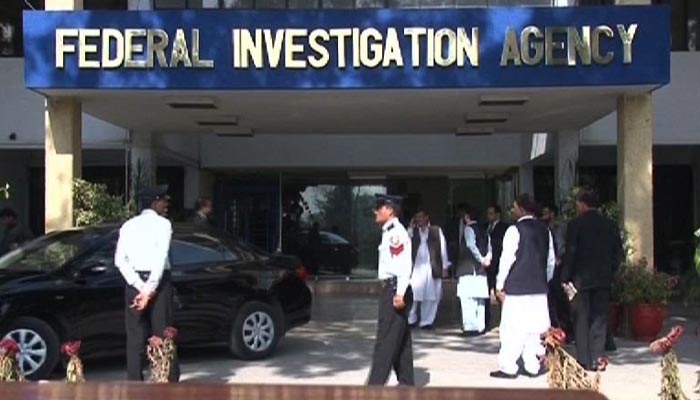 PESHAWAR/KARACHI: The Federal Investigation Agency (FIA) Saturday kickstarted its countrywide investigation — launched a day earlier — into the utilisation of funds from “prohibited” sources by PTI after an Election Commission of Pakistan (ECP) ruling that the party secured illegal donations.

A total of six inquiries have been opened simultaneously in major cities of Pakistan, including federal capital Islamabad, Lahore, Peshawar, Quetta and Karachi.

Courts have also directed these banks to submit complete details of these bank accounts to the FIA in order to help the inquiry teams with the investigation.

The probe was launched on a letter written by PTI founding member Akbar S Babar, requesting an investigation against the PTI for receiving funds through accounts opened in the name of junior employees.

A day earlier, the FIA had called four employees of the PTI secretariat to investigate the money laundering and embezzlement in these funds, and statements of these employees were recorded.

Confirming that he has received a notice from FIA, Qaiser wrote on Twitter: “I want to tell the imported government that we are not afraid of such filthy tricks.”

“The imported government should avoid using the national institutions for taking political revenge,” he said, advising them to sow as much as they can bear later.

According to sources, FIA has formed five investigation committees comprising of three members each in different cities, while a committee has been set up at the headquarters for coordination.

Sources further added that the committees will proceed with the investigation in line with the directions of the ECP; the terms of reference (TOR) have been issued in this regard.

The committee has been directed to investigate funding companies, individual bank accounts, and all other monetary details, which are to be later shared with the central committee formed in the headquarters.

Sources close to these developments say FIA also wants to probe whether there are unknown accounts, besides looking into sources of funding in these accounts, how much funds were sent through them and whether funds were transferred in accordance with the laws of host countries.