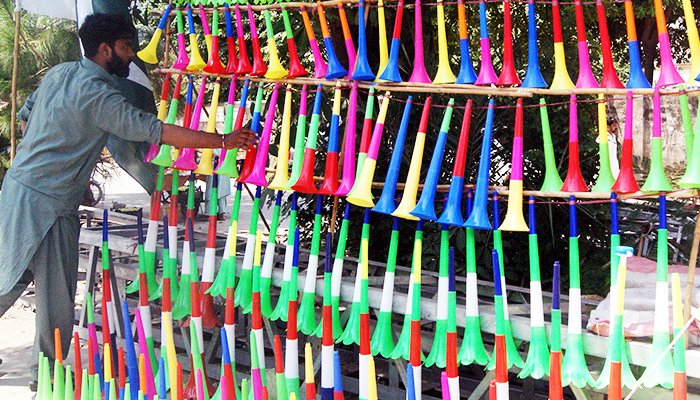 LAHORE: Tired of all the noise during Independence Day celebrations, a citizen moved the Lahore High Court (LHC) seeking a ban on using plastic toy horns and whistles.

But the top court in the province rejected the citizen’s plea, saying that it was not maintainable.

“August 14 — Independence Day — has passed. There is no reason to hear this petition now,” the LHC remarked, dismissing the citizen’s plea.

People have been expressing displeasure over the sound of honking horns and other noise pollution during Independence Day celebrations as it causes trouble and nuisance.