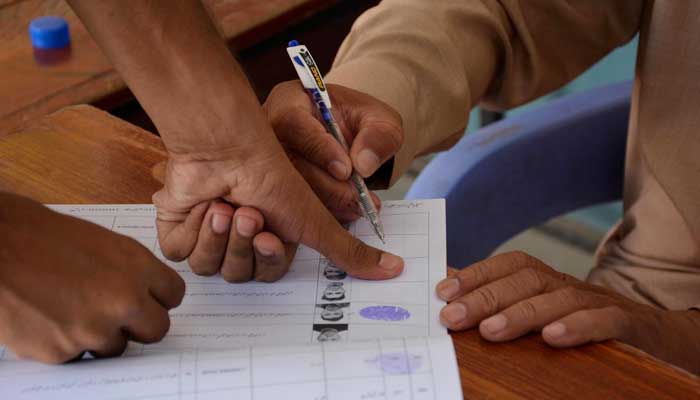 Khan alleged that Sindh’s election commissioner was on the “provincial government’s payroll” as he rejected the polls and demanded re-election.

Commenting on the allegations made by Khan while speaking to Geo News, Chohan said: “The ECP ensured better arrangements for free and fair elections in Malir and Korangi. The elections went well in both the constituencies.”

Chohan further said that Malir’s by-polls were “100% free and fair” and shared that the voter turnout in the constituency was over 10,000.

Earlier today, during a press conference, Khan claimed that rigging was the reason behind his loss in Karachi’s NA-237 Malir-II by-polls. Khan was beaten by PPP candidate Abdul Hakeem Baloch by nearly 10,000 votes.

Khan said: “Sindh’s election commissioner was on the provincial government’s payroll. We reject [Malir’s] by-election and demand re-election. The PPP swung the polls to their advantage through indiscriminate rigging,” Khan alleged.

He said the nation had rejected this legislature as well as this government and wanted new polls across the country.