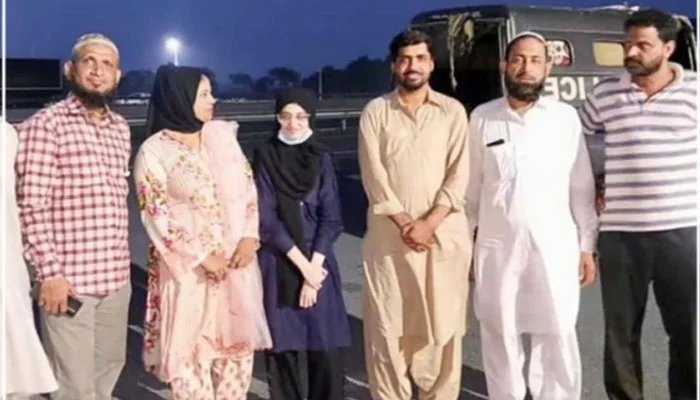 A picture of Dua Zahra, smiling before leaving for Karachi, has been making rounds on the internet.

Dua had made headlines across the country after she had mysteriously disappeared from Karachi but it was later discovered that she had run away from her home to marry Zaheer Ahmed.

A day prior, a Lahore court ordered to shift Dua back to Karachi, who will then be presented in front of the judicial magistrate in the city’s District West.

“No one should be allowed to meet Dua before she appears in the court,” the order reads.

The picture shows the teenager standing along with police and security personnel with a smile on her face.

Several YouTubers claimed that this picture was taken in Lahore before Dua’s departure to Karachi.