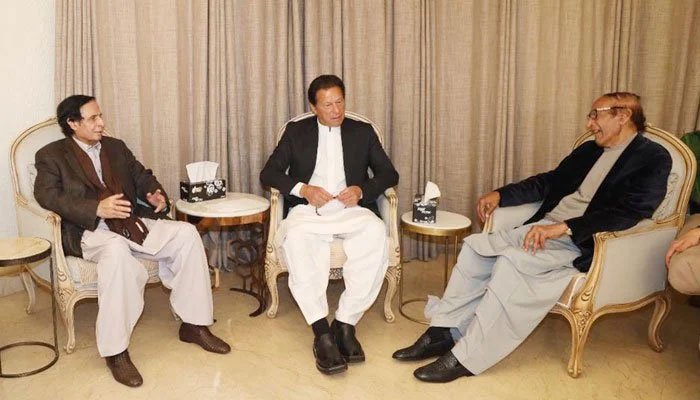 LAHORE: Commenting on his last-minute “unexpected” move that paved the way for PML-N’s Hamza Shahbaz to retain the position of CM Punjab and shocked the PTI, including his cousin and candidate for the prized slot Pervez Elahi, PML-Q President Chaudhry Shujaat Hussain asked how he could back critics of the country’s institutions.

Sticking to his earlier stance, Shujaat Hussain said, “I have relations with institutions for the last 30 to 40 years”.

He, however, clarified that Pervez Elahi “was, is and will remain” his candidate for the Punjab chief minister slot.

The PML-Q leader said that there is stability in Pakistan until there are institutions, adding that criticising is a different thing, but using abusive language against institutions can not be tolerated as institutions consider the integrity of the country their duty.

The PML-Q president went on to say that shameful language against institutions cannot be allowed and a patriotic Pakistani would respond immediately if they hear such a thing.

“I think there was pressure on Chaudhry Shujaat,” he said, local media reported.

He said it was suggested in the letter that PML-Q MPs would not vote for Pervez Elahi as he was the candidate of PTI.

Moonis Elahi asserted that Chaudhry Shujaat had asked the PML-Q members not to vote for anyone. Moonis quoted Chaudhary Shujaat’s letter saying that Pervez Elahi should become the chief minister but not as a candidate of Imran Khan.