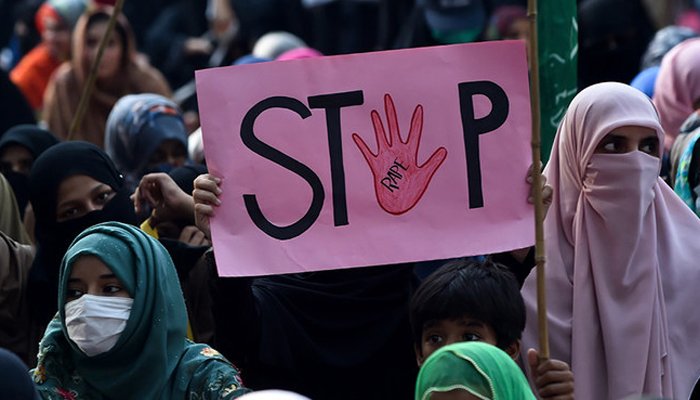 BANNU: In yet another gruesome episode of child sexual abuse, a four-year-old girl was raped and later killed in the Bannu District of Khyber Pakhtunkhwa.

According to the police, the incident took place at Jaman Road in Bannu city. The suspect has been taken into custody and is currently being interrogated.

Initial investigation shows that the suspect was a maternal uncle of the child.  Meanwhile, the body of the deceased child has been shifted to a hospital, the police said.

Despite the hanging of Imran Ali, the man convicted for the rape and murder of six-year-old Zainab Ansari in Kasur back in 2018, incidents of child sexual abuse have not stopped in the country.

Sahil — an NGO working against child sexual abuse in Pakistan — in its report “Cruel Numbers 2022” revealed that from January to June this year, 2,211 children were subjected to different forms of sexual and other kinds of abuses, according to The News.

Data reveals that 1,207 girls and 1,004 boys were victims of exploitation, while this data brings the number of abused children to more than 12 per day.

This year reported cases under major categories include 803 cases of abduction, 243 rape cases, 298 incidents of sodomy, 41 cases of gang rape, and 87 episodes of gang sodomy.

“As many as 17 boys and 13 girls have been murdered after committing sexual abuse. In a horrible incident, two boys and a girl were murdered after gang sodomy and rape, while 212 children were found missing. There were 17 cases of early child marriage and three cases of vani.”

Statics shows that out of a total of 2,211 cases, in 1,050 cases the abusers were found to be acquainted with the victim or the victim’s family.