What legal repercussions is PTI in for after ECP’s prohibited funding ruling? Experts weigh in 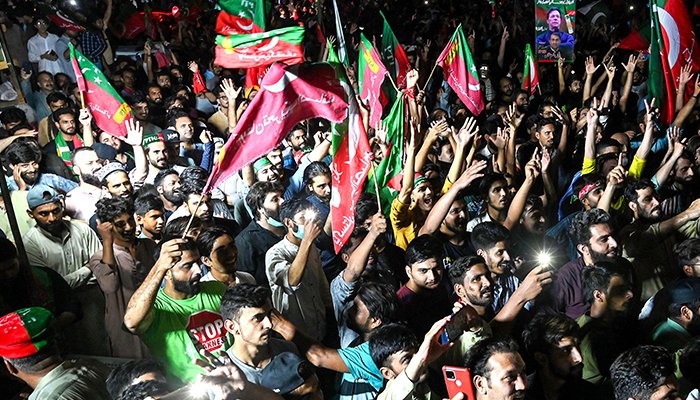 After a wait of nearly eight long years, the Election Commission of Pakistan’s (ECP) three-member bench has announced the verdict on the PTI’s prohibited funding case — which was earlier referred to as the foreign funding case.

As per the 68-page order, the commission states that the Imran Khan-led PTI did indeed receive funding from foreign companies and individuals, which it hid. For now, the ECP has issued a show-cause notice to the party to explain why the prohibited funds should not be confiscated.

With the much-awaited order out, Geo.tv reached out to legal experts to get their opinion on the matter for further clarity.

The PTI has survived the “dangerous phase” as it is not a case of foreign funding, with the order establishing that the case relates to prohibited funding.

The problematic part is the false affidavit submitted by party chairman Khan as 62(1)(f) — sadiq o ameen — proceedings can be initiated against him in light of the Hanif Abbasi judgment.

In the judgment, the three-member bench held that proceedings under 62(1)(f) require a clear view for the court, and now, it is there.

But there’s a catch. There’s a disagreement among the courts, with various orders issued over whether the ECP is a court or not.

For the Supreme Court, to disqualify someone, it needs clear undisputed facts to initiate proceedings under 62(1)(f).

For now, the PTI has survived, and it will now challenge the verdict in the courts, and the political landscape will change.

The ECP has confined the scope of its ruling to confiscation of funds under Article 6 of the PPO and Rule 6(3) of the PPR; it hasn’t held that the PTI falls under the express prohibition of a “foreign-aided party”, meaning it received such funds from a foreign government or political party.

The distinction between receiving prohibited funds and functioning as a foreign-aided political party has already been settled by the Supreme Court in Hanif Abbasi vs Imran Khan, and doesn’t extend to more than confiscation; that too is subject to another hearing.

With regards to Khan, the Supreme Court has laid down in its recent jurisprudence that it is the intention of the lawmaker that is considered, and not just the fact of omission, before warranting a declaration of dishonesty or otherwise — that is another question that has yet to be answered.

In any event, only a court of law can issue such a declaration, not the ECP.