Was permission granted to use Pakistan’s airspace for Afghanistan drone attack? Fawad asks 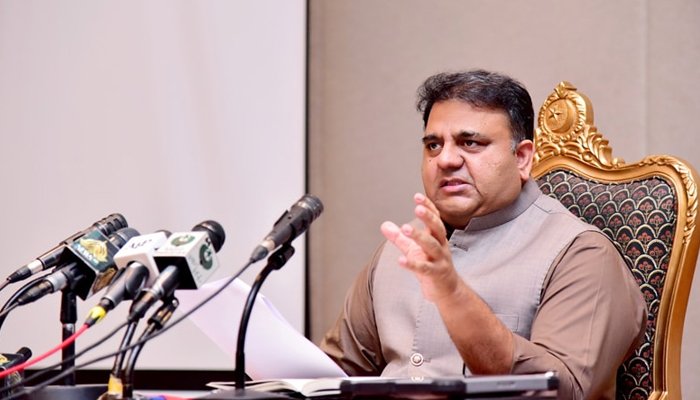 ISLAMABAD: PTI Senior Vice President Fawad Chaudhry on Saturday questioned whether the government allowed the US to use Pakistan’s airspace for conducting a drone strike in Afghanistan that killed Al Qaeda leader Ayman al Zawahiri.

“The question is not if Pakistan’s land was used for the Afghanistan drone attack, the question is whether permission was granted for Pakistan’s airspace to be used,” the ex-information minister said in a tweet.

The Ministry of Foreign Affairs and Director-General Inter-Services Public Relations Major General Babar Iftikhar have clarified that the country’s airspace was not used for the drone strike in Kabul.

The United States killed Zawahiri with a missile fired from a drone while he stood on a balcony at his Kabul hideout on Sunday, US officials said, in the biggest blow to the militants since US Navy SEALS shot dead Osama bin Laden more than a decade ago.

But the senior PTI leader demanded relevant ministries issue a formal statement in response to his question as their current comments were “unclear”.

Talking to Geo News a day earlier, the DG ISPR said that there was “no question” over the use of the Pakistani soil in Zawahiri’s killing.

“The Foreign Ministry has issued a clear statement regarding Ayman Al-Zawahiri. It is impossible that Pakistan’s soil has been used for this,” he said, adding that irrelevant comments are made without any evidence.

“There is no evidence of this action having been undertaken using Pakistan’s airspace, so this is something that I can [say],” he told the press briefing.

The Taliban earlier this week said the government had no information about the al-Qaeda leader “entering and living” in the capital city Kabul and warned the US to never repeat an attack on Afghan soil.

“The government and the leadership weren’t aware of what is being claimed, nor any trace there,” Suhail Shaheen, the designated Taliban representative to the United Nations, who is based in Doha, said in a statement.

“Investigation is underway now to find out about the veracity of the claim,” he said, adding that the results of the investigation would be shared publicly.