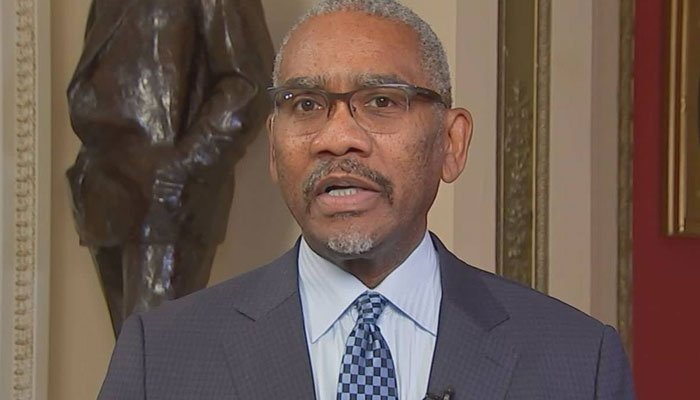 WASHINGTON: US Congressman Gregory W. Meeks has expressed concerns and sympathies to the government and the people of Pakistan over the devastation caused by the recent floods. The Congressman also offered condolences on the loss of life due to the unprecedented monsoon rains in the country.

Congressman Meeks said this during his online meeting with the country’s ambassador to the United States Masood Khan. Khan thanked Meeks for expressing solidarity with the flood victims as the country was trying to deal with this natural catastrophe.

Talking to the Ambassador, Congressman Gregory Meeks appreciated Pakistan’s commendable role in helping the US with safe evacuations after 15th August 2021.

“There was broad agreement on taking Pak-US ties to a higher level”, tweeted the Ambassador after the meeting.

Chairman Meeks has had a close association with Pakistan and has been engaged with Pakistani leadership in different positions in the US Congress. He has held the position of House Foreign Affairs Committee since 2020.

As a Democrat, he has been consecutively elected to the House of Representatives since 1998. Gregory Meeks visited Pakistan in November 2020. At that time, he was accompanied by Congressman Ami Bera (Representative from California). During the visit, the delegation met Pakistani parliamentary and government leaders and members of civil society.

There is a broad consensus across the political spectrum in the United States to strengthen Pak-US relations by promoting trade and investment and people-to-people exchanges.

In his tweet, Ambassador Masood Khan said, “(It) was a pleasure to receive Ambassador Rashad Hussain and discuss with him human and religious rights as well as interfaith harmony.”

Pak top envoy thanked Ambassador Rashad Khan for “a very constructive dialogue.” Ambassador Rashad Hussain has been an ardent supporter of interfaith harmony and dialogue. He is the first Muslim to be nominated by the Biden Administration as the Ambassador-at-Large for International Religious Freedom.