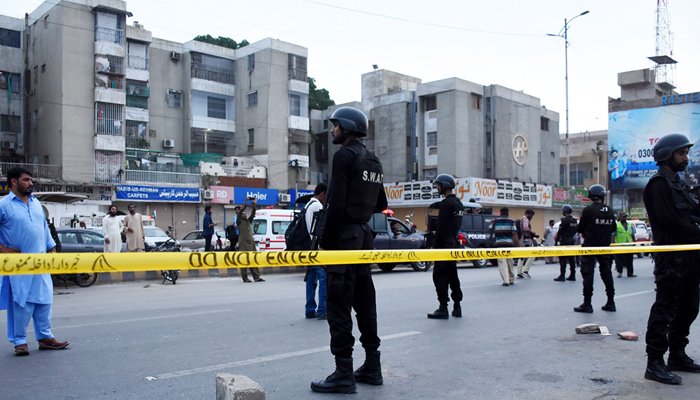 KARACHI: Two policemen were martyred in a grenade explosion inside the police headquarters in the port city’s Garden area, Geo News reported Wednesday.

The explosion took place inside the ammunition depot of the police headquarters, resulting in the martyrdom of two personnel and injury to another.

The martyred cops were identified as constables Sabir and Shahzad, while the injured person was the arms depot in-charge, inspector Saeed.

Police officials said that investigation is underway and the bomb disposal squad has been called in.