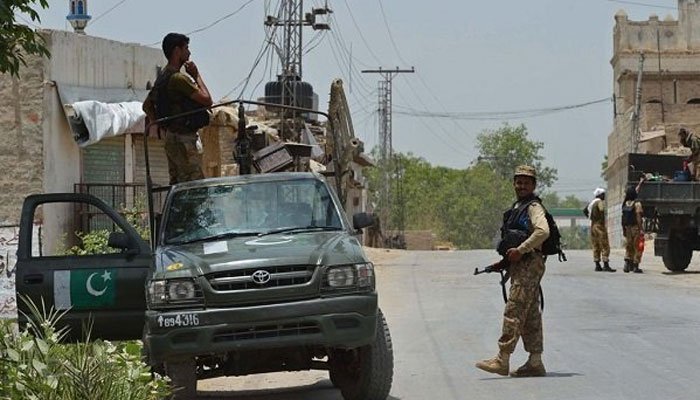 Two soldiers of the Pakistan Army were martyred in a blast in Dir, Khyber Pakhtunkhwa, the Inter-Services Public Relations (ISPR) said.

In a brief statement, the military’s media wing said that the explosion occurred in the Barawal area of Dir.

The martyred soldiers were identified as Sajid Ali and Adnan Mumtaz, both of whom belonged to Azad Kashmir.

“[The] Pakistan Army is determined to eliminate the menace of terrorism and such sacrifices of our brave soldiers will not go unpunished,” ISPR stated.

News of the martyrdom of the two soldiers comes after the military had on Saturday strongly responded to reports claiming that a large number of militants belonging to the proscribed Tehreek-e-Taliban Pakistan (TTP) were present in Swat.

In a statement, the ISPR had said that during the last few days, a misperception about the presence of a large number of TTP’s armed members in Swat Valley has been created on social media.

“After confirmation on [the] ground, these reports have been found as grossly exaggerated and misleading,” the military’s media wing said.

The ISPR, however, noted that the presence of a small number of armed men has been observed on a few mountain tops between Swat and Dir, but that it is located far away from the population.

These individuals, the ISPR said, had apparently sneaked in from Afghanistan to resettle in their native areas.