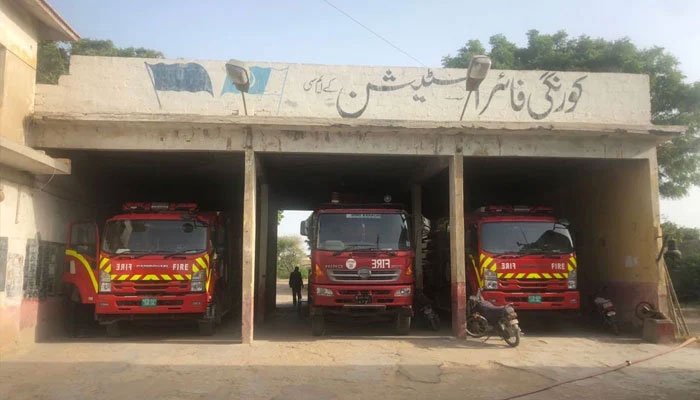 The gunfire attack took place inside the fire department’s office close to Bilal Chowrangi in the Korangi area of the city in the early hours of Saturday. A fourth employee saved his life by fleeing the scene.

The SSP Korangi Faisal Bashir Memon said that the attackers managed to escape easily after the gun assault.

According to an eyewitness account of the attack from a fire station employee, Mehboob was on guard duty while he was on operator duty when two armed individuals stormed the building.

The outlaws asked Mehboob about the rest of the employees. After he replied to their question, the accused took Amir Qureshi and Irshad at gunpoint and brought them from the inner part of the building to the control room.

After they rounded up the four employees in the control room, they opened fire on them, killing two of them on the spot. The deceased have been identified as Amir and Mehboob.

The fourth employee, Zeeshan Siddiqui, managed to flee the scene and hid himself inside the workshop. Zeeshan later recorded his eyewitness account with the police.

“They opened fire at us after they rounded us up,” said injured fireman Mohammad Irshad in a video statement.

SSP Korangi says that the assailants were two in number.

The other employees, who were present at the fire department at the time of the assault, said they didn’t hear any gunshots. They also said police told them a shooting incident took place at their premises.

Police said no CCTV cameras are installed at the fire station building. They are trying to collect CCTV footage from the surrounding area, said the police.

Police said they collected three cases of bullets and a bullet.

The deceased and the injured have been shifted to Jinnah Hospital.