Thousands protest in Swat as concerns for law and order rise 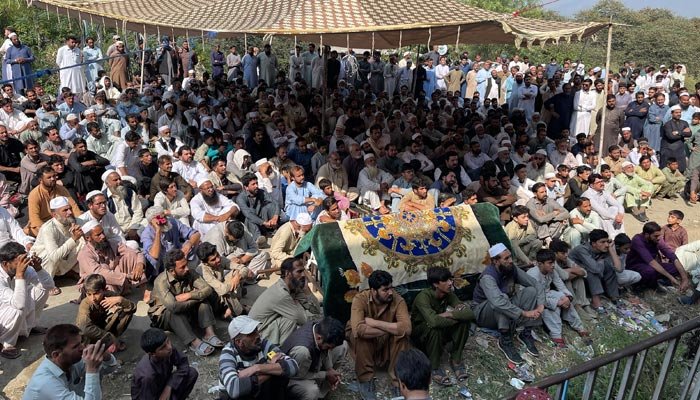 SWAT: Thousands of people took to the streets of Swat demanding an end to terrorism amid rising fears of degradation in the city’s law and order situation.

As the protest in Mingora entered its second day, the people participating in it carried placards and white flags as they chanted slogans against terrorists.

The demonstration was held after unidentified men shot dead a van driver and left a student critically injured — and so far, no organisation has taken responsibility for the attack.

“Insecurity will not be tolerated in Swat. It is the responsibility of the government and state institutions to protect the citizens,” the protesting citizens stressed, demanding action against the terrorists.

The Swat Valley, where the attack took place, was once overrun by the banned Tehreek-e-Taliban Pakistan (TTP), who shot Nobel laureate Malala Yousafzai on a school bus in the same city ten years ago.

The area has seen a resurgence of TTP with a spike in attacks in recent weeks.

“The attacker fled the scene and a search operation has been launched,” police official Ali Badshah told AFP, adding that the wounded boy was aged between 10 and 11.

Locals in Mingora, the city where the attack took place, fear it was carried out by the TTP but they have denied responsibility for Monday’s shooting.