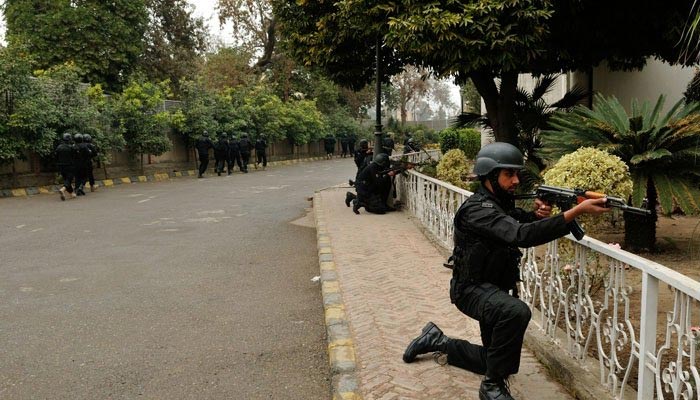 PESHAWAR: Amid constant speculations regarding the heavy presence of militants in the Swat Valley, the Khyber Pakhtunkhwa police clarified that it is aware of the videos circulating on social media, The News reported Saturday.

KP Police Central Office, in a press release issued a day earlier, said that police are also aware of the apprehensions of the general public that Swat may return to the 2008-09 era when militants ruled the valley with their version of Shariah.

Assuring the public that the police are fully cognizant of the fact that some individuals from Swat previously living in Afghanistan were present in far-flung mountainous areas of Swat, it said that the valley is “totally under the control” of civil administration and all law enforcing agencies are ready to respond to any incident.

It said that the peaceful society of Swat has no space for terrorism in any form and manifestation.

“LEAs are appropriately placed and will resort to all possible measures to ensure peace in Swat as per aspirations of the local populace,” the press release read.

Meanwhile, the local residents and members of the civil society on Friday staged protests in two tehsils of Swat to demand security after the reported resurgence of the militants in parts of the district.

Carrying banners and placards, the members of the civil society gathered at the Khwazakhela and Kabal bazaars. They were chanting slogans and asking the government to take measures to maintain peace in the district.

“The people of Swat suffered a lot during the previous military operation against the militants. The government must take steps before it’s too late,” said one of the protesters. They urged the police and security forces to take notice of the situation and take steps to maintain law and order in the scenic valley.

Meanwhile, the police established more check-posts and intensified checking in the district in the wake of the new development. The people and vehicles were being checked before letting them enter the city. The police increased patrols in the area as well.

Police officials said that they were committed to providing security to the people and would not allow anyone to disrupt the peace in the district. Unrest prevails in mountainous areas of the district where people mostly remain indoors after the reported re-emergence of the militants.

Meanwhile, talks between the protesting tribesmen of North Waziristan and the Parliamentary Committee constituted by the federal government bore fruit on Friday that led to the reopening of the business centres and roads for 15 days.

It should be noted that the tribesmen have been protesting to demand peace and an end to target killings for the last 28 days. The business centres and important roads were closed after the launch of the protest.

A team of the district administration negotiated with the elders from Wazir, Marwat, Banuchi and Ahmadzai Wazirs but there was no breakthrough.

The committee talked with the Utmanzi elders in Mir Ali town at Eedak, which proved to be successful.

The parliamentary committee will take up the demands of the Utmanzai elders with the authorities within 10 days and let the tribal elders know about the progress.

However, the protest camp set up by the Utmanzai elders would continue during all this time. It was agreed between the two sides that Independence Day would be celebrated with full zeal.