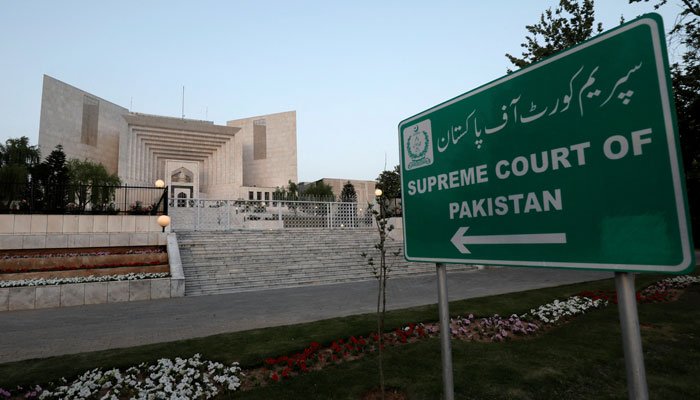 ISLAMABAD: The Supreme Court took up a contempt petition filed by the federal government against PTI Chairman Imran Khan, requesting to restrain him from creating law and order in the name of purported “jihad” against the government by carrying out a long march on Islamabad.

The petition was filed by the Interior Ministry on October 12, praying to initiate contempt proceedings under Article 204 of the Constitution against Imran Khan for flouting and disregarding the orders of the apex court passed on May 25, 2022, on the petition filed by the Islamabad High Court Bar Association.

It prayed for the passing of appropriate orders for the implementation of the apex court order of May 26 and the protection of the fundamental rights of the public at large, particularly the residents of the twin cities of Rawalpindi and Islamabad.

The ministry also asked the top court to issue comprehensive guidelines for all future protests in the federal capital, including prior notification of the date, venue selection, assurances of not disrupting public life, and a commitment to ensure that protesters do not cause any damage to public or private property, in order to protect citizens’ fundamental rights to security of person and freedom of movement guaranteed under the Constitution.

It submitted that Imran Khan, following the change in the federal government, had continued to issue threats regarding his intention to dislodge the incumbent government by storming the city of Islamabad with the support of PTI workers.

In this context, Khan has issued a call for a long march and sit-in at D-Chowk, Islamabad, the exact date of which has not been announced yet.

However, based on the speeches and media interviews of Khan and other leaders of the PTI, the long march seems to be imminent, the ministry submitted.

It recalled that the apex court, in its order dated May 26, 2022, had noted with concern that assurances given by the top leadership of the PTI might have been dishonoured by the workers and supporters in their attempt to proceed to D-Chowk and had allegedly committed acts of arson and destroyed public and private properties.

It contended that Khan had also claimed to have devised a strategy to catch the federal government by surprise with his long march.

It further submitted that Khan’s actions of propagating hatred and contempt against the federal government also amount to the offence of sedition and make him liable to be proceeded against Section 124-A of the Pakistan Penal Code, 1860.

It is further contended that the past conduct of Khan and specifically the events of May 25, 2022, including Khan’s violations of the orders passed by the apex court, his encouragement of destruction of public and private property by his supporters, disruption of law and order and interference caused to the lives of citizens across the country, merit strong directions from this court regarding his upcoming protest.