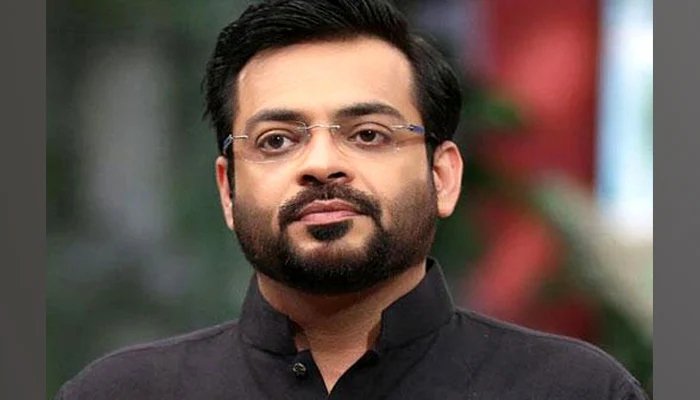 The Sindh High Court on Thursday disposed of the plea challenging the orders of exhumation of famous TV host Aamir Liaquat Hussain’s remains for an autopsy, as the parties in the case reached a consensus.

Hussain’s children, Ahmed Aamir and Dua Aamir, had filed a plea against the exhumation orders passed by East judicial magistrate and sought its nullification. The high court, however, had suspended the orders and sought arguments on the plea from the parties.

During today’s hearing, the police informed the court that an additional police surgeon on June 10 — a day after Hussain’s death — had performed an external examination of the body and declared that no judgement about the cause of death can be made on the basis of external examination.

Justice Iqbal Kalhoro remarked that the complainants should approach a sessions court against the orders of the judicial magistrate and a high court cannot be approached in this case directly.

Later, the court disposed of the plea after the parties in the case reached a consensus.

A citizen, Abdul Ahad had initially filed a plea in the judicial magistrate’s court, seeking the exhumation and postmortem of Hussain to ascertain the cause of his death.

Hussain’s third wife Dania Malik also recently became a party in the case and demanded the same as Ahad.

However, the deceased televangelist’s former wife Syeda Bushra Iqbal said in unofficial media talk that Dania did so just to divert attention from allegations of being the reason of Hussain’s death.

It is pertinent to mention that some indecent videos of Hussain had gone viral weeks before his death. He even condemned the people who were sharing these videos and asked why the cyber-crime wing did not take them off, in videos where he seemed highly disturbed.

On June 9, Hussain was found unconscious at his home in Khudadad Colony in Karachi and was shifted to a private hospital in critical condition.

The PTI MNA, 50, reportedly felt chest discomfort the night before but refused to go to the hospital. His employee, Javed, said he heard Hussain scream in the morning.

The TV personality’s domestic staff broke down his room’s door when they did not receive any reply from him. When rushed to the hospital, doctors said he had already passed away by the time he reached the facility.