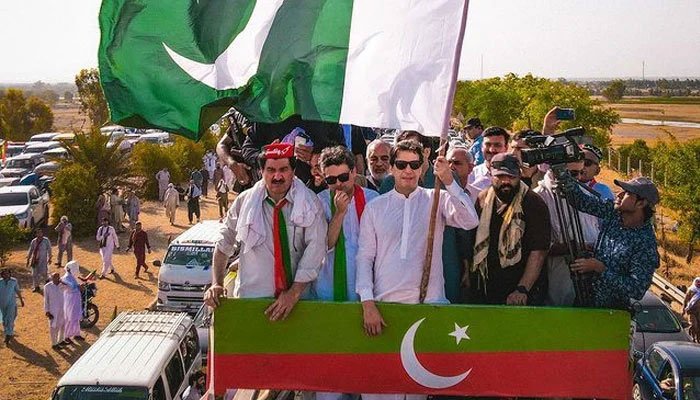 The red zone in the federal capital has been sealed with shipping containers in view of the potential protest long march or the sit-in of the Pakistan Tehreek-e-Insaf (PTI) demanding early elections, Geo News reported on Wednesday.

The access to the famous D-Chowk has been overnight restricted with barbed wires and shipping containers.

Additional police force has been deployed at the exit and entry points of the federal capital.

The provincial governments of Punjab and KP have not yet decided how to respond to the Islamabad request.

The city administration plans to dig trenches in addition to placing hundreds of containers at the entrances of Islamabad to prevent the PTI supporters from entering the federal capital. The Islamabad police termed it the fourth protest sit-in of the PTI.

“Some people from Punjab have set out for the federal capital to get their political demands,” says a statement issued by the Islamabad police’s spokesperson.

The spokesperson said the security around the red zone has been beefed up to deal with any untoward incident.

Section 144 has been imposed in Islamabad, it stated, saying the violators will be dealt with according to law, it stated.

Imran Khan, earlier this month, had directed the party leaders from the KP to start preparations for a long march in Islamabad. He also called upon the party workers to wait for the Islamabad call, as a decision to go the federal capital has been made.

“Imported government cannot be given more time,” he said.

‘Will come to Islamabad again’

Earlier this month, Imran Khan warned the government to stop the “persecution” of his party workers otherwise he will again march on Islamabad.

He said the government would have “no place to hide” in case he comes to Islamabad.

Addressing a public gathering in Gujrat, Imran decried the government’s handling of the issues plaguing the economy. He said” “We [the PTI government] were also in the IMF [programme] but our government controlled the prices.”

“A charge was levelled against me that the PTI government sold the country to the IMF,” he said. “However, today’s inflation has reached 45%. Now, we ask why petrol is so expensive. And, they say they did so at the IMF’s behest.”

Imran Khan also blasted the PDM leaders. He said those who protested against the PTI government in the name of inflation “have come [into power] to end their cases, not to end inflation”.

“The match has entered a crucial moment,” the PTI chief said, adding that “the PDM cannot win this match no matter what it tries”.