Rana Sanaullah to be arrested on entering Punjab: Cheema 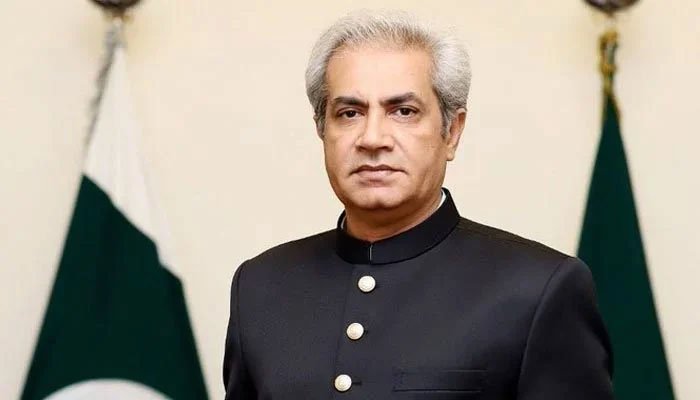 The Anti-Corruption Establishment (ACE) Punjab has obtained the non-bailable warrant for Rana Sanaullah, the Punjab home advisor said in a statement. The arrest warrant is effective till October 19.

The Advisor Interior directed the Inspector General of Punjab police to provide police assistance to the ACE Punjab for the arrest of Rana Sanaullah. He directed Rana’s arrest to be carried out in accordance with the law.

On October 8, a special judicial magistrate of Rawalpindi Ghulam Akbar issued the arrest warrant for Rana Sanaullah at the request of the ACE Punjab in an inquiry pertaining to an estate in a housing society that was purchased at a nominal price. Earlier, Adviser to Punjab CM for Anti-Corruption Brigadier (retd.) Musaddiq Abbasi told the media that Rana Sanaullah has been found guilty in the corruption case against him.

Rana Sanaullah accepted two plots as a “bribe” from an “illegal housing society” — the Bismillah Housing Scheme — in the Chakwal district, he said.

Abbasi said the ACE had launched the land acquisition inquiry in 2017 against Rana Sanaullah, who was then the Punjab law minister. The owner of the housing society presented two plots measuring 10 kanals as a bribe, he said. He added the plots were transferred to the minister at a much lower price than the scheduled rate. The plots are still in the possession of the minister and his wife, he added.

He noted the probe also found that the records for plots 18A and 139A were missing.

On October 8, the PTI said on its official Twitter account that a non-bailable arrest warrant had been issued for Rana Sanaullah and a police party had left to arrest him.

On October 10, the federal interior minister, reacting to the non-bailable arrest warrant, announced that he decided to approach the court against the ACE Punjab for forging the record of a four-year-old case. He said the ACE obtained the warrant by misleading the court. The interior ministry’s spokesperson said the ACE Punjab is not providing the records of the case to Islamabad Police along with the warrant.

A spokesperson for the ACE Punjab said that the warrant for the PML-N leader was issued after he failed to appear for an inquiry.

On October 10, the ACE Punjab’s team attempted to arrest Sanaullah but returned empty-handed from the Police Station Secretariat as it wasn’t allowed to comply with the court’s orders.