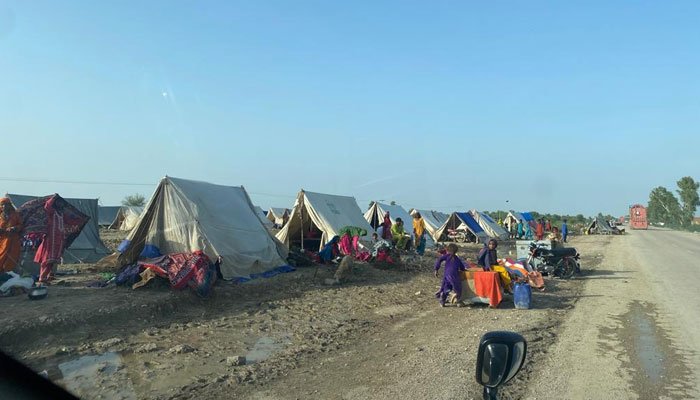 The Provincial Disaster Management Authority (PDMA) has released a report containing the details of the damage caused by monsoon rains and floods in Punjab from June 15 to August 21, Geo News reported on Thursday.

Rajanpur, DG Khan, Mianwali, Muzaffargarh, Sialkot and Layyah are the most affected areas, according to the PDMA report. The rainwater inundated 201,965 agricultural areas and 12,628 houses under flood water.

The PDMA data shows that at least 151 people lost their lives due to floods and rains, 606 people were injured and 341,077 others were displaced.

Rain and flood caused death to over two lakh large animals, and 2,586 small animals, while 37 roads and eight bridges were swept away in the water. Flood water also destroyed seven canals.

According to the PDMA Punjab report, 20,264 people and 516 animals were rescued from flood-affected areas. The report said the government has established at least 147 medical camps while 9,355 tented settlements were set up for the affected people.

According to the data released by PDMA, over one lakh animals were vaccinated. Food hampers were distributed to 19,839 people.

According to PDMA, rescue operation is still underway in the affected areas of the province with 551 rescuers and 84 boats participating in the relief and rescue activities.

The PDMA Punjab said the authority in concert with other government organisations is carrying out relief activities in the flood-ravaged areas and all resources are being utilized to provide relief to the flood victims.

Earlier on August 23, the PDMA said all the organisations including Pak Army, District Administration, Rescue 1122, and the PDMA itself are making concerted efforts to provide relief in the flood affected areas of Rajanpur and D G Khan.