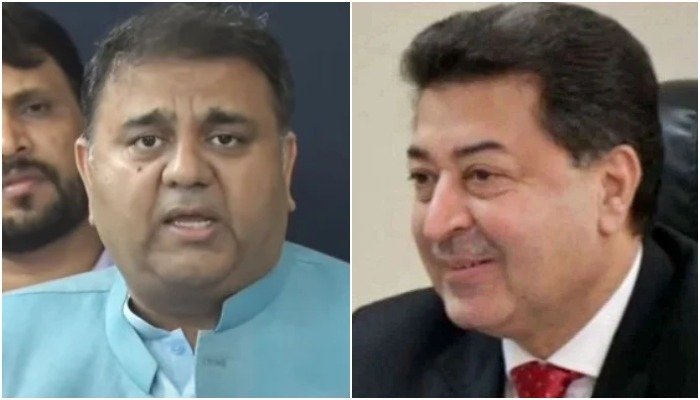 ISLAMABAD: The PTI on Thursday withdrew the reference against Chief Election Commissioner (CEC) Sikandar Sultan Raja, soon after filing it with the Judicial Commission of Pakistan (JCP) to add more evidence to it against the commissioner.

PTI leader and former information minister Fawad Chaudhry, while talking to journalists in the federal capital, said that the party has decided to add more evidence to the reference to make it more concrete.

Points related to the alleged change in the ECP’s verdict on prohibited funding against the PTI would be included in the reference, he added.

Chaudhry said that the party would file the reference against the head of the election body after adding more legal points to the petition.

The PTI filed a reference with the JCP, seeking the removal of CEC Raja citing his “continuous deliberate misconduct”, a day after the election commission’s verdict on the foreign funding case, stating that the party had received prohibited funding.

“It is humbly prayed that […] Supreme Judicial Council may graciously be pleased to remove the respondent from his office of Chief Election Commissioner on account of commission of continuous deliberate misconduct of perming his legal and constitutional duties and obligations,” read the reference filed by PTI’s counsel Babar Awan on behalf of the party.

The PTI leader hinted at approaching the Supreme Court of Pakistan for PML-N supremo Nawaz Sharif’s return to Pakistan.

Speaking during an interview with Urdu News, Chaudhry said that the PTI will approach the Supreme Court and might ask the court to take an action against the “fake affidavit” submitted by Prime Minister Shehbaz Sharif for the return of his elder brother, Nawaz, after treatment.

“Establishment had played a political role, however, the parties should show maturity and set a framework among themselves. But if they don’t, then the establishment will have to take an action,” said the former information minister.

Chaudhry added that Shehbaz Sharif is the prime minister and it is his job to announce the elections and invite the political parties to sit to initiate a dialogue.

“PTI rules two provinces right now, Balochistan has its independent government, while PPP governs in Sindh,” he said, adding that a framework is required for dissolving all the assemblies of four provinces which is only possible through dialogue.