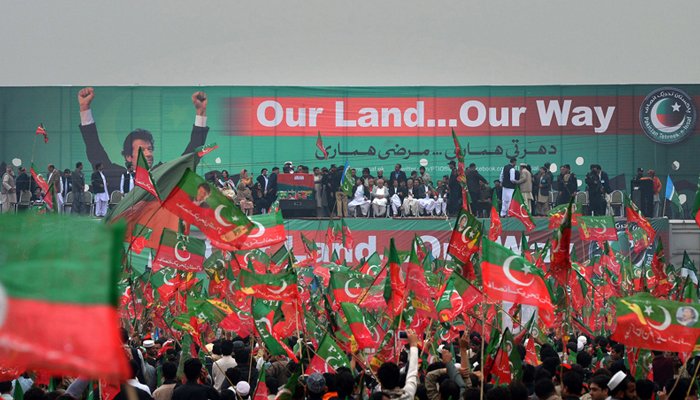 KARACHI: The PTI Thursday announced its schedule for rallies across Pakistan after postponing its August 19’s Karachi jalsa.

Addressing a press conference in the port city, PTI leader Ali Zaidi said that the public gathering that was to be held in Karachi tomorrow (Friday) has been postponed due to torrential rains across the province.

“The decision has been taken after consultations with party chairperson Imran Khan,” he said, adding that all preparations were complete; however, precautions are being taken keeping in view the weather forecast.

As per the schedule released by the PTI, Imran Khan will address 17 jalsas from different cities. The details of these rallies are as follows: