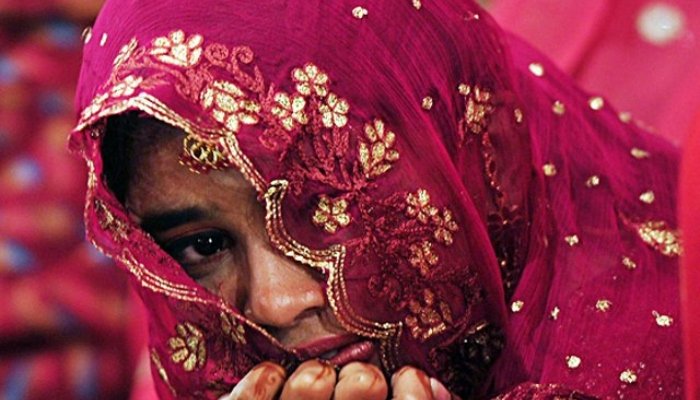 JACOBABAD: The police arrested a man for selling off his underage daughter into child marriage.

The incident took place in Jacobabad where a father wanted to get his 12-year-old girl married to a man in exchange for Rs300,000.

The police prevented the marriage and arrested the father while the groom escaped.

According to the police, a case has been registered and further investigation is taking place.

What are the laws in Pakistan?

It is illegal in Pakistan to marry before the age of 16. Yet, child marriages are prevalent in the country.

According to UNICEF, marriage before the age of 18 is a “fundamental violation of human rights.”

Sindh is the only province in Pakistan, which has updated a law passed in 1929 and banned marriages before the age of 18.

In Punjab, Child Marriage Restraint Ordinance 1971 has the legal age of marriage at 16 years.

Balochistan also continues to be governed by the Child Marriage Restraint Act 1929. However, Pakistan ratified the Convention on the Rights of the Child in 1990, according to which the minimum age of marriage is 18 years.