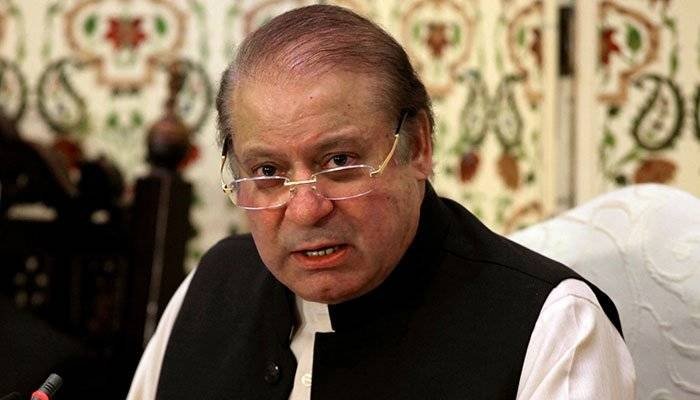 LONDON: PML-N supremo Nawaz Sharif wants an early general election as he has discussed the option of leaving the government in the Centre with the senior party leadership, The News reported, citing credible sources.

The option has been discussed multiple times between Nawaz, Prime Minister Shehbaz Sharif, senior party members, and the coalition parties in the Pakistan Democratic Movement (PDM).

According to sources, the PML-N leader believes that staying in the government could create more problems instead of resolving the issues when there is no genuine support for the ruling coalition from the state organs.

The PDM leaders, including Maulana Fazlur Rehman and Asif Ali Zardari have opposed the idea but after the recent change in circumstances after the Supreme Court’s verdict making Pervez Elahi the new Punjab chief minister, there is a strong possibility that the ruling coalition enforces the idea, sources said.

Sources shared that Nawaz Sharif has told his party leaders that obstacles had been created for Shehbaz Sharif’s government from the very start, after Imran Khan’s ouster in a vote of no-confidence, and staying in government in the absence of powers could damage the party further.

These discussions have lingered on for several weeks but more so after the disappointing results for the PML-N in Punjab’s by-elections and the decision by a three-member Supreme Court bench, led by Chief Justice Atta Bandial and Justices Ijaz-ul-Ahsan and Muneeb Akhtar, to remove Hamza Shehbaz as Punjab’s chief minister. It had thrown up a completely new scenario for the PML-N where it has power in the Centre but in Punjab, the battleground province, will be now ruled by Elahi with help from Imran Khan’s PTI.

Sources have confirmed that the likely date and time of October and November have been discussed at a great length and Nawaz Sharif, Shehbaz Sharif and the government stakeholders are aware about the nature of these discussions. These discussions, according to sources, have taken place between the government and the establishment figures as well but nothing was finalised.

The PML-N leadership, according to sources, toyed with the idea of holding early elections but stopped short of making a final decision in this regard, waiting for one event after another to pass by to make further assessments and evaluate.

During the discussions that have taken place, senior party cadres have discussed that Nawaz Sharif and PML-N don’t have a level-playing field even they are in power in the Centre and ruled Punjab in one way or the other for about three months till the elevation of Elahi.

The sources said that senior party leaders have discussed Nawaz Sharif’s return to Pakistan before the next general elections and a message has been conveyed to him that his presence in Pakistan was necessary.

PML-N leaders from Pakistan have sent reports to Nawaz Sharif, blaming the serious issues of inflation and worsening economic situation as the main factors behind the PML-N’s battering in the Punjab by-polls which have proven disastrous for the party.