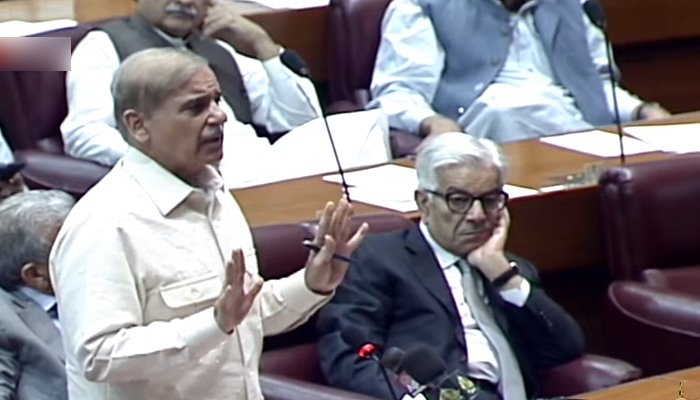 ISLAMABAD: Prime Minister Shehbaz Sharif on Wednesday announced maximum relief to the masses affected by rains in Balochistan and other parts of the country.

Addressing a National Assembly session in the federal capital, the prime minister talked about the country’s faltering economy, the troubles that the government faced in a bid to rectify the situation and the devastation caused by the monsoon rainfalls in the country, among other issues.

PM Shehbaz said that the coalition government was aware of the destruction caused by the rains and added that for this purpose, it has held meetings with all the provincial governments.

He said that the provincial governments are working day and night in areas where people lost their lives and suffered economically due to the rains.

“The federal government has decided to increase the relief package for those affected by the rains,” the premier said, adding that a meeting will take place tomorrow to discuss the provision of relief to the people.

The premier said that the federal government will work with the principal governments to overcome the losses and help the farmers who suffered the most.

Prime Minister Shehbaz said that the Constitution of Pakistan was drafted under the leadership of Zulfiqar Ali Bhutto and presented Pakistan as a strong, dynamic country before the world.

The Constitution will continue to guide and strengthen Pakistan no matter how much someone tries to meddle with it, said the PM.

Talking about the 2018’s General Elections, PM Shehbaz said that those polls were the worst in the country’s history. “Those polls imposed a government through the process of rigging,” he added.

“The Results Transmission System (RTS) was closed at night and the counting of votes was stopped by the order of the former chief justice,” he added.

PM Shehbaz berated the PTI-led government and said it took loans of more than Rs20,000 billion in three-and-a-half years, adding that millions of people lost their jobs and became homeless during the PTI’s tenure.

The premier further said that the coalition government knew that Pakistan was on the verge of default, and for that, the government decided to save the state rather than focusing on political point-scoring.