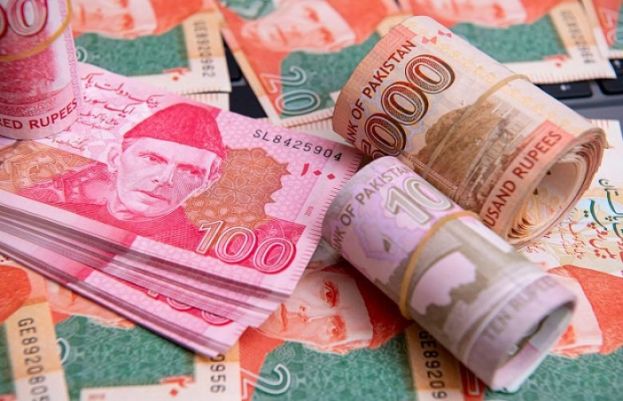 The Pakistani rupee is expected to continue its upward trajectory on renewed optimism that the International Monetary Fund (IMF) bailout package will resume by the end of this month.

The local unit appreciated around 3% against the US dollar in three trading sessions this week. It concluded at 221.91 per dollar on Wednesday and finished at 2015.49 on Friday. The local unit maintained its rising trend, tracking gains in the local equity market.

Improvement in the supply of the greenback due to export related proceeds, fall in global oil prices and stability in the country’s political outlook, and easing US inflationary pressures supported the rupee.

The prices of Pakistan’s dollar denominated sovereign bonds also started to recover helped by the ease in default fears. The country’s five year currency default swap declined to 17.44% on August 10 from its peak of 34.86% on July 20.

However, the foreign exchange reserves have been draining constantly. The foreign reserves held by the State Bank of Pakistan fell by $555 million to $7.83 billion as of August 5 on the back of increased external debt payments.

To approve a rescue package for Pakistan, including the disbursement of approximately $1.18 billion before the end of the current month, the IMF called a meeting of its executive board on August 29.

The action follows the completion of the $4 billion in bilateral financing from four friendly nations and would open the door for an immediate transfer from the IMF, which is anticipated to be in Pakistan’s account by the close of business on August 31.

A letter of intent (LOI) was received early on Friday from the lender for the resumption of the programme under the staff level agreement (SLA) and memorandum of economic and fiscal policies (MEFP) inked last month, according to Finance Minister Miftah Ismail.

To gauge the future direction of the rupee, it’s necessary to analyse the movement of the real effective exchange rate (REER). This showed a declining trend over the last 12 months. REER stood at 99.56 in July 2021, compared with 93.56 in May 2022.