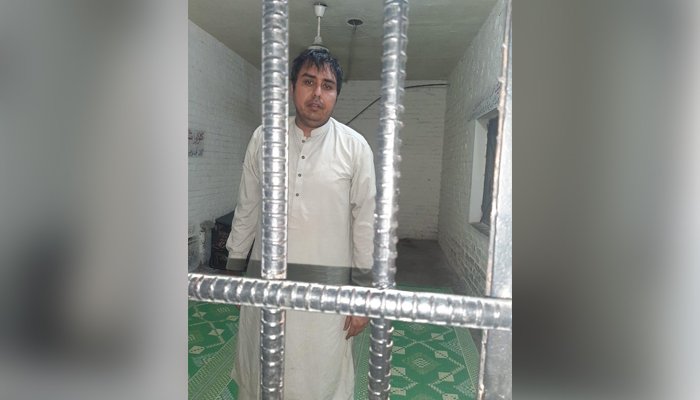 A local court in Islamabad Wednesday granted a two-day physical remand of senior PTI leader Shahbaz Gill to police and ordered that he be presented in court this Friday.

Gill has been charged under serious sections of the Pakistan Penal Code (PPC) after he had attempted to incite hatred within the Pakistan Army while speaking on a private TV channel two days back.

The PTI leader had been using abusive language against journalists and hurled threats at senior bureaucrats.

He had been involved in personal attacks and made below-the-belt remarks against his political opponents earlier as well.

As the court has granted remand to the police, Gill is now locked up at Islamabad’s Kohsar police station.

Photos of him behind bars have, meanwhile, gone viral on social media.

Gill, however, has denied any wrongdoing and said he will never speak against the armed forces.