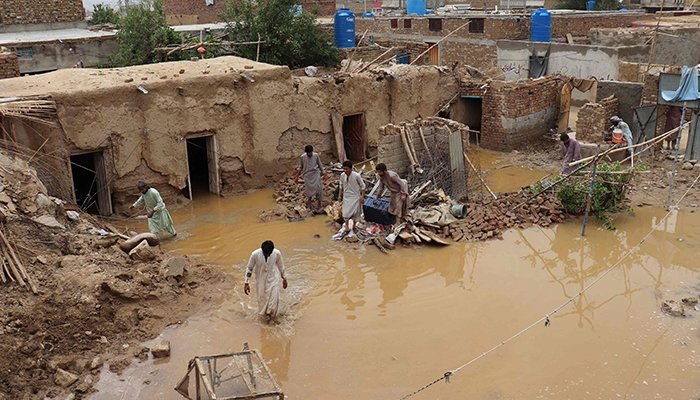 In an effort based on humanitarian grounds, the United States has pledged $1 million to Pakistan “to build resilience against natural disasters”.

The announcement follows an earlier decision to provide $100,000 in immediate relief, as floods caused by torrential rains wreak havoc in the country.

“We stand by Pakistan in hard times and offer our support to flood victims. In addition to $100,000 in immediate relief, the US announced $1 million to build resilience against natural disasters, and we continue to work together to mitigate future impacts of the climate crisis,” US Secretary of the State Antony Blinken wrote on Twitter.

The official retweeted an earlier tweet by the US embassy in Islamabad according to which the US will deliver $100,000 “to support flood relief efforts and humanitarian assistance to vulnerable communities in the worst-affected districts”.

“The United States stands with communities in Pakistan recovering from the devastation caused by severe flooding. I issued a declaration of humanitarian need, and in response, @USAID_Pakistan will provide $100,000 to affected populations,” the embassy quoted Ambassador Donald Blome as saying.

Blome said that the US AID funding will help Pakistani authorities purchase urgent supplies to save lives and suffering among the affectees. He also pledged on behalf of the US to work in close coordination with partners on the ground to support the humanitarian assistance efforts.

“This disaster has resulted in a catastrophic loss of life, with many losing their loved ones, their livelihoods, and their homes. We will work closely in coordination with partners on the ground to support these crucial humanitarian assistance efforts,” the tweet read.