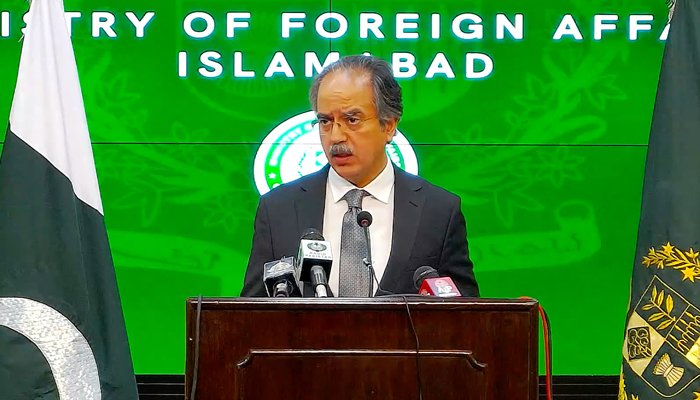 ISLAMABAD: Pakistan expressed “deep concern” over the confrontation of arch-rivals China and the US after House of Representatives Speaker Nancy Pelosi visited the Taiwan Strait, which, according to the Foreign Office, has serious implications for regional peace and stability.

The statement comes after China furiously condemned the highest-level US visit to Taiwan in 25 years as Pelosi hailed the self-ruled island as “one of the freest societies in the world” and pledged American solidarity.

Pelosi arrived with a congressional delegation on an unannounced visit late on Tuesday, defying China’s repeated warnings, in what she said shows unwavering US commitment to Taiwan’s democracy.

However, the FO spokesperson said that the world is already reeling from a critical security scenario as a result of the Ukraine crisis, which has destabilised worldwide food and energy security.

The spokesperson said the world cannot afford another crisis that has negative consequences for global peace, security, and the economy.

He said Pakistan strongly believes that inter-state relations should be based on mutual respect, non-interference in internal affairs, and peaceful resolution of issues by upholding the principles of the UN charter, international law, and bilateral agreements.

Beijing demonstrated its anger with Pelosi’s presence on the island with a burst of military activity in surrounding waters, summoning the US ambassador in Beijing and halting several agricultural imports from Taiwan.

Some of China’s planned military exercises will take place within Taiwan’s 12 nautical mile sea and air territory, according to Taiwan’s defence ministry, an unprecedented move a senior defence official described to reporters as “amounting to a sea and air blockade of Taiwan”.