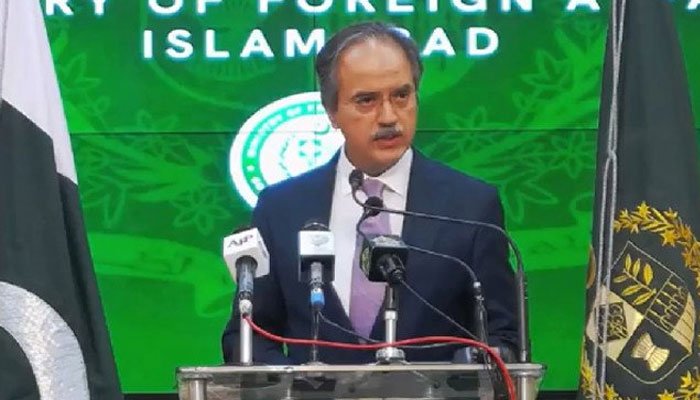 The Foreign Office on Tuesday said that Pakistan supports China’s efforts for social and economic development, harmony, peace and stability in the Xinjiang region, which is home to Uyghurs and other ethnic minorities.

FO spokesperson Asim Iftikhar said that China has successfully taken over 700 million people out of poverty in the last three decades, thus improving their quality of life and entitling them to fundamental human rights.

The spokesperson also said that Pakistan appreciates Beijing’s “constructive engagement” with the United Nations’ system of protecting human rights and OIC General Secretariat, as reflected in the recent visits of the former UN high commissioner for human rights and OIC delegation to China.

Pakistan has taken note of the release of the Office of High Commissioner for Human Rights (OHCHR) report on human rights in Xinjiang, he said.

The spokesperson that as a responsible member of the UN with strong commitment to multilateralism, Pakistan believes in the principles of the UN charter including respect for political independence, sovereignty and non-interference in internal affairs of state.

“It is our consistent position that non-politicisation, universality, objectivity, dialogue and constructive engagement should be the main tools to promote universal respect for human rights,” Iftikhar said.

Pakistan reaffirms its abiding commitment to advance all human rights universally in accordance with the principles of the UN Charter, he added.