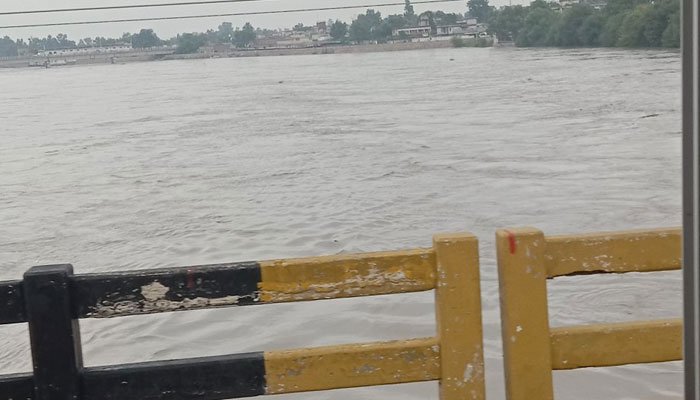 A contingent of the Pakistan Army’s XI Corps has arrived in Nowshera Cantt to help out people after a flood torrent broke the Munda Headworks bridge that has put Charsadda and Nowshera districts at high flood risk.

The XI Corps, currently stationed in Peshawar, is the only corps assigned in Khyber Pakhtunkhwa.

The 11 Corps or the Peshawar Corps has established its own control room, Deputy Commissioner Mir Reza Ozgen said in Saturday’s wee hours.

The DC Nowshera said the army troops are fully equipped with boats and other relief equipment for the relief and rescue operation in the flood-hit areas.

In a series of tweets on Saturday, DC Mir Reza Ozgen said floodwater has destroyed half of the Munda Headworks, sweeping away two Discharge Control sections.

The DC also requested the residents to immediately evacuate to safe places, without wasting time.

He called upon the people not to take this flood situation lightly. Reiterating his appeal to people for cooperation, he said that this time around, the situation is getting worse than that in 2010.

The DC Nowshera said all government and private educational institutions have been opened for the flood victims. People are being facilitated in every way possible, he said.

In Charsadda, there is a very high flood at Khyali and the water level is further on the rise. The city administration is making efforts to rescue the stranded citizens.

Most flood victims have moved to the highway to take shelter to spend the night under the open sky.

According to reports, the local administration had already issued a flood warning due to which no casualties have been reported so far.

The water level in the Kabul River at Nowshera is getting higher as a torrent of 210,000 cusecs is passing through the area, according to the irrigation flood control.

The Irrigation Flood Control said that 290,000 cusecs of the Swat river will pass through Nowshera tonight between 2am and 4am, while 15,000 cusecs of water are being released from the Warsak Dam into the Kabul River.

Earlier in the day, the Pakistan Meteorological Department (PMD) issued a red alert of high-level flooding in the Kabul River at Nowshera.

According to the notification, the water level in the Kabul River is likely to go up to 300,000 cusecs, which may result in ‘very high and above level’ flooding in the next 48 hours.

The PMD also predicted that the tributaries of the Indus and Kabul rivers would run in high flood during this period.