Owe freedom and peace to unprecedented sacrifices of martyrs: COAS on Defence Day 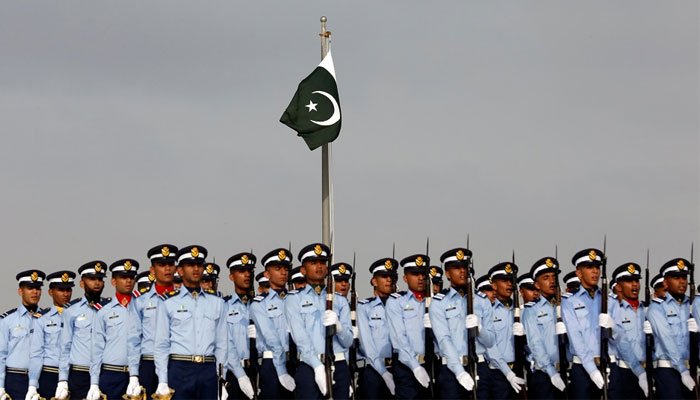 Pakistan is observing today (Tuesday) Defence Day with patriotic zeal and zest and remembering the valorous martyrs of the 1965 war, as the nation continues its battle against historic floods.

The nation observes the day every year on September 6 to pay homage to the shuhahda and ghazis of the battle and reaffirm its commitment to defend Pakistan against all threats.

The day marks the start of the Pakistan-India war in 1965 when Indian troops breached the international border in the darkness of the night with the intention to take control of the country but the nefarious designs of the enemy were thwarted by Pakistan army.

The Inter-Services Public Relations (ISPR) said on the occasion that Defence Day symbolises the unwavering resolve of the armed forces, backed by the “great Pakistani nation to defend [the] motherland against all odds”.

On Tuesday, the celebrations started off with special prayers in mosques after fajr. The nation prayed for the progress and prosperity of the country and the independence of Illegally Occupied Jammu and Kashmir.

A change of guards ceremony took place at the Mazar-e-Quaid in Karachi and the guards of Pakistan Air Force’s Asghar Khan Academy assumed charge at the mausoleum.

Similar ceremonies and events were organised at the tomb of Allama Iqbal, schools and other educational institutes.

Anyone intending to hurt bond between army and public not a friend of Pakistan: PM

Prime Minister Shehbaz Sharif, meanwhile, in his message on Defence Day said that anyone intending to hurt the bond between the country’s armed forces and its people is not a friend of Pakistan.

“As Pakistan grapples with the historic floods and other challenges, we need to summon the spirit of 1965. National unity is our greatest strength. Let us fortify this bond of One Nation,” he wrote on Twitter.

The PM also said that it is a matter of great pride that the valiant armed forces and the brave Pakistani nation have carried forward the proud legacy of the 1965 war by successfully “defeating the monsters of terrorism and extremism in their two-decade-old struggle”.

President Arif Alvi, in his message on the occasion, said that Defence and Martyrs Day of Pakistan reminds the nation of the unprecedented courage and matchless valour displayed by the soldiers and officers of the Pakistani armed forces.

He said that the army has the support and backing of the entire nation.

“On this day, 57 years ago, we thwarted the evil design of the enemy and defeated it on all fronts. In that testing time, not only the armed forces of Pakistan fought fearlessly on the ground, in the air and in the waters, but each and every citizen came out to defend and safeguard the motherland,” he said, adding that September 6, therefore, stands out in history as symbol of unwavering national resolve, absolute patriotism, profound professionalism and supreme sacrifice.

He paid tribute to the martyrs who laid down their lives while fighting for the safety and security of motherland, their families for setting a great example by sacrificing their loved ones and the valiant ghazis who heroically fought while defending every inch of our territory.

With additional input from APP