No media restrictions in Pakistan, says COAS Bajwa in US 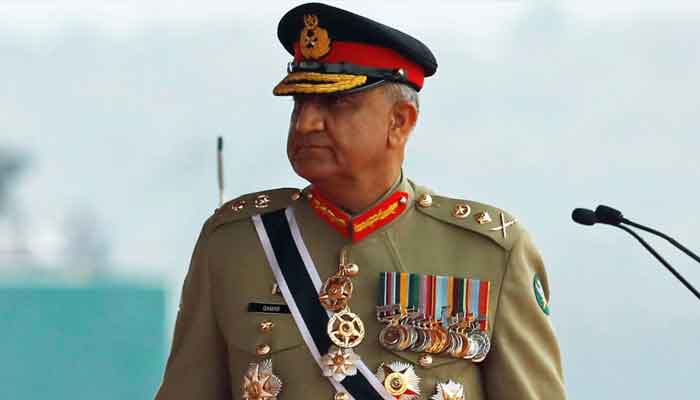 Chief of the Army Staff (COAS) General Qamar Javed Bajwa at a gathering dispelled the impression that the establishment in Pakistan was involved in the mistreatment of journalists or restricting freedom of the press in the country, The News learnt on Thursday.

The army chief was speaking to members of the Washington-based think tank community at a special event held at the Pakistani ambassador’s residence on Wednesday, the last day of his almost week-long visit to the US.

Responding to a question during the event, the army chief maintained that there were no restrictions on freedom of the press in Pakistan and that the country’s “establishment was not involved” in any untoward incident that took place in this regard.

According to one of the attendees, who requested not to be named since they had to observe the Chatham House rules, Gen Bajwa impressed his American audience with his “surprisingly candid” remarks.

There were a couple of dozen people at the gathering.

“Everything was discussed,” another attendee said without giving away topics that were spoken on at the gathering. “The army chief said a great many things that surprised us, in a positive way,” the attendee said.

Another participant said that the army chief “spoke his mind” and was not “putting on a face” to please the audience.

Speaking about domestic politics, one participant observed that the army chief maintained a “balancing act.”

Other sources familiar with the event told the publication that the army chief discussed US-Pakistan bilateral relations, emphasising that the two “strategic partners” should enhance trade and economic ties. He also expressed concerns about the country’s economic situation.

The Kashmir issue was brought up during the session, to which the army chief underlined that even though Pakistan always wanted a resolution as soon as possible so that both countries could have better neighbourly relations, the August 2019 decision of the Modi government has changed the situation.

The army chief also suggested that the international community should engage with the Taliban in Afghanistan at some level. He highlighted that all stakeholders have to work together to deal with the challenges.