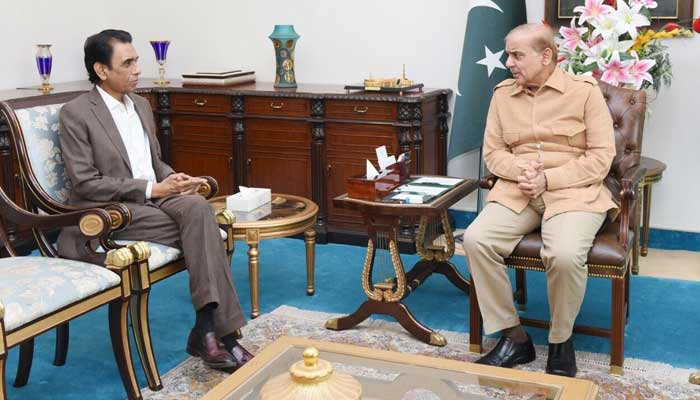 KARACHI: Expressing concerns over the prolonged delay in the implementation of the agreement made with the MQM-P, the party urged Prime Minister Shehbaz Sharif to play his role in this critical situation.

The MQM-P coordination committee held an important meeting at its Bahadurabad office to discuss the implementation status of the party’s agreements with the federal and Sindh governments after it became part of the current ruling alliance, The News reported.

After the meeting — MQM-P — the key coalition partner of the PML-N-led coalition government, said, “The pressure of the workers and the general public on the party has been increasing, and they want them to make a decision in this situation.”

Expressing concerns over the delay in the implementation of the agreements, the committee members said that the attitude of the PPP’s provincial government regarding the agreement reached between the two parties is irresponsible.

The meeting, which was presided over by MQM-P convener Dr Khalid Maqbool Siddiqui, discussed that the PPP’s top leadership had promised the MQM-P of formulating the local government law in accordance with Article 140-A of the constitution, as directed by the Supreme Court.

However, they lamented, despite the fact that several negotiations have been held in the past three plus months, the agreement could not be implemented due to the unserious behaviour of the PPP.

MQM-P leaders said that instead of the Election Commission of Pakistan and contrary to the SC’s decision, the provincial government has carved out constituencies. Such constituencies are the worst example of pre-poll rigging, they pointed out.

They claimed that the Sindh government has been deliberately delaying the implementation of the agreement reached between the two parties. They said the MQM-P has always worked for the progress of the rural and urban areas of the province, and sacrificed more than its share to reduce the gap between them. Now it is the responsibility of the federal and provincial governments to maintain this unity and honour the pacts, they stressed.

‘MQM will be free to decide its future course of action’

Addressing a news conference at the MQM-P office a day earlier, former Karachi mayor Wasim Akhtar had said in response to a question that the party had earlier inked an agreement with the PTI in order to join the coalition government, but the PTI did not implement the agreement in letter and spirit.

“Now we have signed a written agreement with the PML-N and the PPP in front of the country’s leadership and the media, but so far the agreement has not been implemented.”

Akhtar said that if the agreement is not implemented in the near future, the MQM-P will be free to decide its future course of action after consultations within the coordination committee of the party.

“If any party thinks that it can conduct the local government elections on the basis of unfair delimitations, it should wake up from this absurd idea. We won’t allow anyone to snatch Karachi’s mandate with such tactics.”

He remarked that the people of Sindh have supported the MQM-P in the past, and they are still supporting the party. He said the people know about their snatched rights, and can distinguish between good and bad.