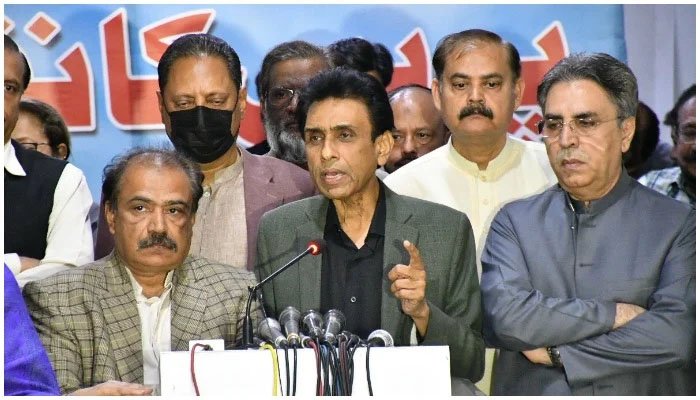 In August, MQM had also expressed concerns over the prolonged delay in the implementation of the agreement made with the MQM-P and urged Prime Minister Shehbaz Sharif to play his role in this critical situation.

According to the party’s spokesperson, convener Khalid Maqbool Siddiqui has directed all senators, ministers and MNAs to reach Karachi on an urgent basis.

Sources told Geo News that MQM-P and PPP leadership had agreed on amendments to the local body’s bill during a meeting held two days before. In addition, there was to be a discussion yesterday between both parties regarding an agreement but no progress was made further.

After the developing situation, MQM-P has expressed concerns over zero progress on agreements with PPP, said sources.

In March after parting ways with the then PTI government, MQM-P and PPP signed the “Charter of Rights for the people of Sindh” to develop a “long-term partnership” in various domains.

The two parties have signed the agreement to develop a “long-term partnership to ensure harmony amongst people; to promote social justice, and to secure the economic well-being of the people of Sindh, especially of those who are left behind for various reasons”.

According to the text of the signed document, the Supreme Court’s verdict regarding the local government shall be implemented in letter and spirit within one month with the mutual agreement of PPP and MQM-P.