Meet Quratulain Wazir who saved many lives during floods in Nowshera 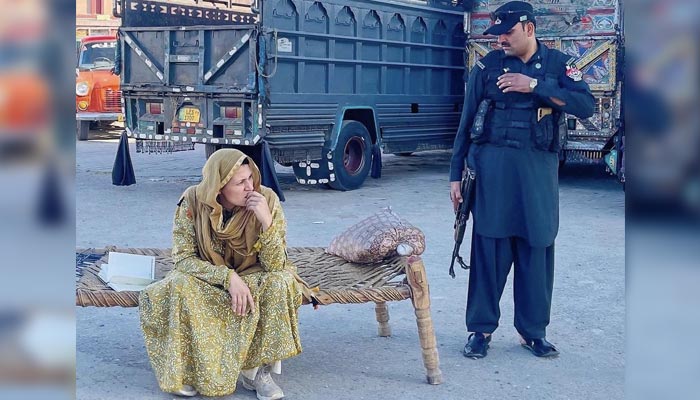 NOWSHERA: Pakistan is experiencing cataclysmic floods triggered by above-normal rains that have affected 33 million people and killed at least 1,314, including 458 children.

The devastating floods have displaced many people and washed away homes and crops, leaving a deadly track in the history of Pakistan.

These tough times brought the best out of people who risked their lives to help others. And one such person is Quratulain Wazir — the additional deputy commissioner (ADC) of Nowshera.

Hailed as a “Super Woman” and “Iron Lady”, ADC Wazir turned out to be a hero and saved hundreds of lives. After a flood warning was issued in Nowshera, she went door to door and asked people to evacuate their houses.

Her videos went viral on social media and people showered her with praises for her courage and efforts during these tough times.

Speaking to Geo News about how she saved the lives of hundreds of people, ADC Wazir said people were reluctant to leave their houses when they were told about the flood warning after which she decided to take the matter into her own hands.

“At first, I went to a mosque and made an announcement, which was not taken seriously either. After this, I decided to visit houses on my own and took the assistance of a stick as I was unable to walk in the accumulated flood water,” said ADC Wazir.

The additional commissioner, in a bid to move people to a safe place, warned them the last time by knocking on their doors. “I told them that I would come inside and take them out forcefully with the help of the police,” she added.

Upon being asked if the administration had planned anything prior to the flood warning, ADC Wazir said that the preparations were already in place as Nowshera is prone to floods.

The additional commissioner is a mother of three kids and her husband is a major in the Pakistan Army. In response to a question, ADC Wazir said that she did not face any objections from her family when she decided to opt for this field.