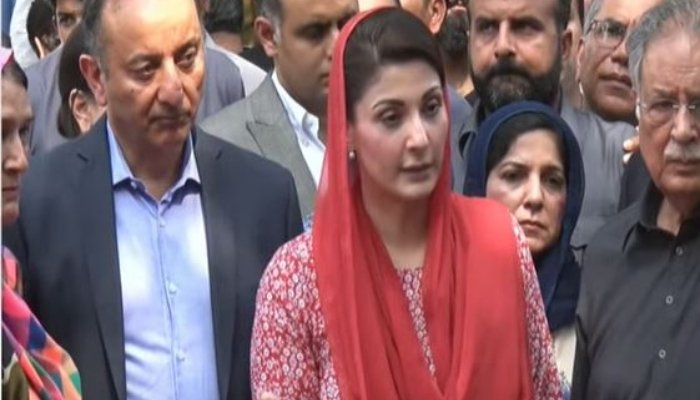 ISLAMABAD: PML-N Vice President Maryam Nawaz on Thursday asked PTI Chairman Imran Khan to dissolve the provincial assemblies of Punjab and Khyber Pakhtunkhwa if he wants fresh general elections, saying that the religion card should not be used for political benefits.

Talking to journalists in the federal capital, Maryam said that Khan rules two provinces and cannot escape by holding the federal government responsible for everything.

“It will take several years to restore the country’s fragile economy,” said the PML-N leader.

She said this man [Imran Khan] was launched by hostile forces to destroy politics, state institutions and moral values. Terming Imran “fitna (chaos), anarchy and Pakistan’s destruction”, the PML-N leader said that he was funded by the enemy forces.

Maryam said that Khan brought the country to the brink of disaster, adding that PM Shahbaz Sharif-led government was trying to put the economy on the right track.

The former PTI-led government had violated the agreement signed with the IMF, the PML-N leader said, adding that Pakistan has not recovered yet from the “attack”.

There should be a consensus among all the institutions that this man [Imran Khan] is fitna, she added.

She also berated Khan for criticising the “neutrals”. The PML-N leader said that the religion card should not be used for political mileage.

Responding to a question, the PML-N leader said that she does not support any decision related to hiking the prices of petroleum products and electricity. She said that the coalition government should control it.

Maryam Nawaz said that the election should be held at its scheduled time.

“A person whose hands are stained with crimes is not facing any case,” she complained to the government.

Judges should also think that why are they unknowingly giving “fitna” an opportunity to grow, the PML-N leader added.

Responding to another question about an extension in the tenure of Chief of Army Staff General Qamar Javed Bajwa, Maryam Nawaz said that she will comment on it when the time comes.