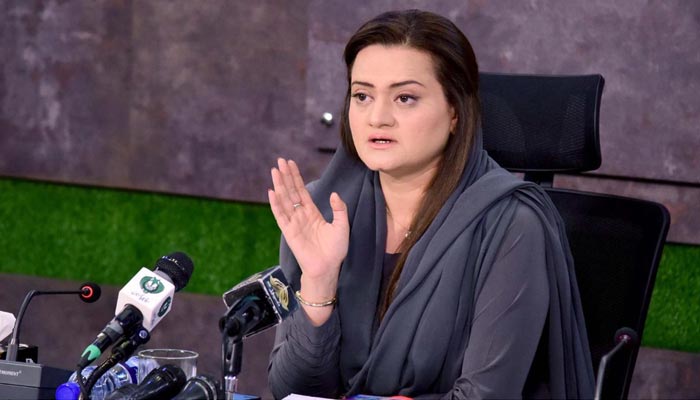 Addressing a press conference, she recalled that during PTI’s tenure journalists were tortured and programmes were suspended. The information minister said: “Imran Khan is misleading the nation.”

“Several international media watch international organisations had called Khan a ‘predator’ and black laws against media were formed under his tenure,” she said, adding that his “rented” media team spread propaganda against media.

Regarding Shahbaz Gill’s case, she highlighted that during Khan’s tenure then Opposition members were arrested twice for every allegation.

“Nawaz Sharif was handcuffed in front of his daughter Maryam Nawaz, and cases were registered against 90-year-old mother of Javed Latif,” she said while highlighting the wrongdoings of the previous government.

“Those who mocked other political leaders for falling sick in custody are now reeling with the same problems,” she said, accusing Gill of “faking” his health issues.

‘Imran Khan should be arrested’

Taking a jibe at Khan’s comments regarding the “flawed” justice system in the country, Aurangzeb said that when all power should be held accountable then the PTI chairperson should also be summoned in the Election Commission of Pakistan (ECP).

“Khan is not appearing before the Federal Investigation Agency (FIA) and he should be arrested,” Aurangzeb maintained.

“It was in Khan’s tenure that Amnesty International highlighted the corruption in Pakistan,” she said, adding that the organisation noted that historic corruption was seen during the period of PTI’s government.