Man in KP booked for filming women on park’s ride 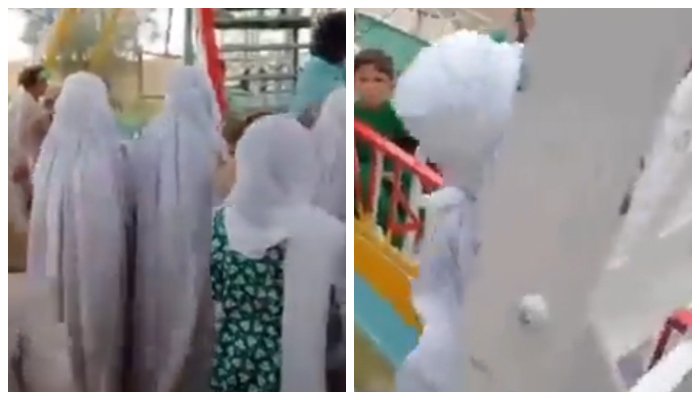 LAKKI MARWAT: A man was booked Monday for filming videos of women who had come to a recreational park for enjoying rides along with their children in Lakki Marwat, Khyber Pakhtunkhwa.

The man, according to the park’s administration, started filming the burqa-clad women when they were getting on to a ride in the recreational area.

Police said that a first information report (FIR) against the suspect has been registered. They added that while the man was shooting the video, other people present were hurling abuses at the women.

The park’s administration also said that the women’s section was separate, and when the women were boarding the ride, it was closed for men.