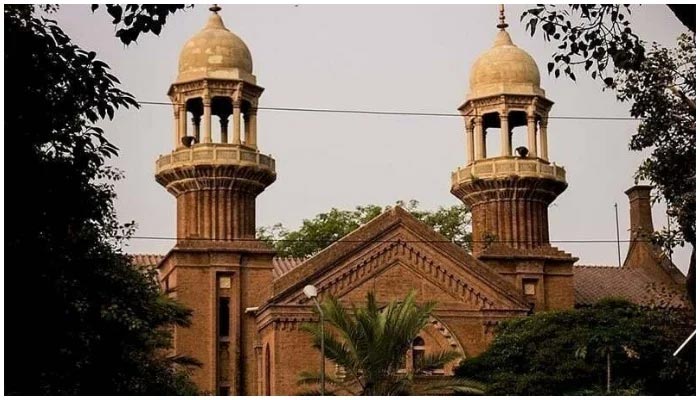 LAHORE: Ahead of the PTI’s public gathering on August 13 in the National Hockey Stadium, the Lahore High Court (LHC) has directed the party to be careful and not cause any damage to the ground.

The PTI has announced its “power show” tomorrow at the hockey ground and a new astroturf is being installed on the ground.

The high court has ordered the deputy commissioner to make a decision based on the requests to change the venue of the meeting. It also said that it was the job of the higher authorities to decide on the venue for the public gathering.

The LHC has directed the party that there shouldn’t be any damage done to the ground.

The court decided that the astroturf should be installed by the Punjab government as soon as possible and funds should be allocated in the budget.

Special Assistant to the Prime Minister Attaullah Tarar had filed a petition in the court against the PTI’s jalsa on August 13.

The turf was removed under the directions of Punjab Chief Minister Pervaiz Elahi to prepare for the public gathering. In this regard, the Pakistan Hockey Federation said that the turf should have been removed after the new one came.