Karachi to likely get ‘above normal’ rain in August as well 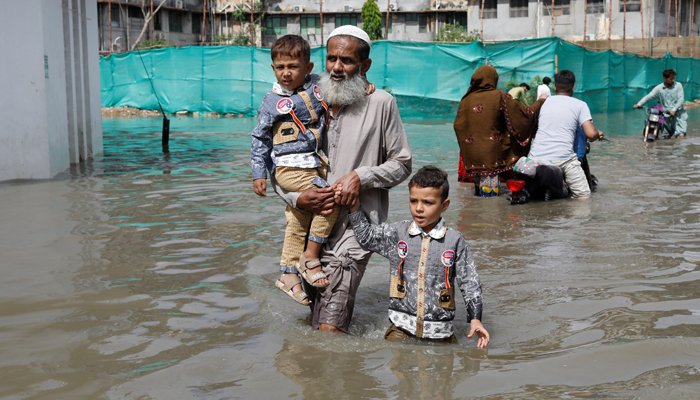 Karachi will likely get “above normal” rainfall in August as well, meteorological analyst Jawad Memon said on Saturday, after record rains caused massive destruction in the country in June and July, leading to the deaths of over 300 people, according to National Disaster Management Authority (NDMA).

Memon said between August 12 and 14, the city may receive “heavy rainfall”.

The analyst further said that in August, three to four strong monsoon systems may have an impact on the weather in Sindh.

This monsoon season has had terrible ramifications for Pakistanis, but in particular for city dwellers, where poor infrastructure planning compounded the problems caused by a high volume of rains.

Flooded roads, electrocutions, electricity breakdowns and the paralysis of normal life became a part of everyday living for the citizens of Karachi.

The misery and the failure of the Sindh government to keep up with the adverse impacts of the rains, prompted it to declare a public holiday in Karachi as well as Hyderabad, so citizens may stay safe and the government’s work to clear the roads of water continue unimpeded.

Outlook for next 24 hours

According to PMD, the weather in Karachi is likely to remain cloudy in the next 24 hours with a chance of drizzle.

The lowest temperature recorded today was 26.5°C and the highest will likely range between 31°C and 33°C.

The humidity recorded this morning was 81%, the PMD said, adding that winds from the south-west are blowing at a rate of 18km per hour.

In the weather outlook for the month issued by Pakistan Meteorological Department, La-Niña was said to be prevailing “and is likely to continue with weak intensity during August”.

The Indian Ocean Dipole (IOD), also known as the Indian Niño, is expected to remain in negative state, with increasing intensity towards the end of the forecast month.

Based on the global and regional circulation patterns, the countrywide outlook for Pakistan in August is a tendency for “above normal precipitation” over most parts of the country.

Northeastern Punjab, Kashmir, southern parts of Sindh as well as coastal areas of Balochistan are expected to receive “above normal” rainfall during the forecast month.