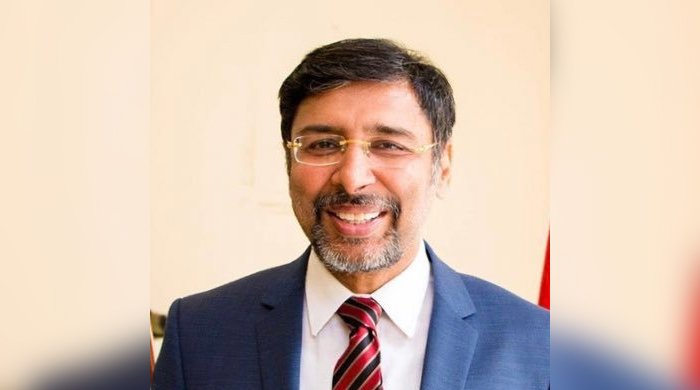 ISLAMABAD: Pakistan’s Ambassador to Italy Jauhar Saleem has been appointed as the acting foreign secretary, The News reported Saturday after the Foreign Office could not finalise and agree on a name for a permanent office holder.

Former foreign secretary Sohail Mehmood in his last official act while in office nominated Saleem — whose tenure as a diplomat ends in April next year — for the post.

The rules allow for an acting foreign secretary, and this helps avoid a vacuum on the administrative side and running the day-to-day of the ministry.

Meanwhile, Minister of State for Foreign Affairs Hina Rabbani Khar confirmed to the publication that Saleem has moved to the office of acting foreign secretary.

Earlier, the highest authority had summoned Ambassador Dr Asad Majeed from Brussels and he reached Islamabad on Wednesday in anticipation of being nominated as the new foreign secretary.

This week, in an interview in Washington, Foreign Minister Bilawal Bhutto Zardari also praised Ambassador Majeed and said he should not suffer because of PTI Chairman Imran Khan.

Confusion and indecision at the Foreign Office over naming a new foreign secretary started when the latest audio leaks in which the former prime minister allegedly talked about a diplomatic cypher sent by Majeed when he was the ambassador to the United States.

“Yes, this was one reason. There were apprehensions at the Foreign Office that if the government orders an inquiry into the cypher incident, Ambassador Asad Majeed would not be able to give full attention to his duties but rather would spend time attending meetings of the inquiry,“ an official source told The News.

The optics would also be not very helpful with a new foreign secretary attending these meetings.

It appears that the Foreign Office had been prudent and taken the right decision in appointing an acting foreign secretary on Friday.

The cabinet ordered a special committee to probe the latest audio leaks, including the one pertaining to the cypher sent by Ambassador Majeed.

This is the second time that an ambassador has been summoned from Brussels by the prime minister to take over as foreign secretary, but something or the other has prevented this.

Earlier, it was another ambassador in Brussels, Abdul Basit, who had been called to Islamabad by former prime minister Nawaz Sharif to be told that he was the next foreign secretary.

However, groupings inside the Foreign Office succeeded, and Abdul Basit was told that there was no room to promote him to Grade 22, so it was not possible to promote him as foreign secretary.

The News understands that the FO could allow the promotion board to meet to nominate diplomats to Grade 22 and choose a foreign secretary.

Sources are once again not ruling out the name of Ambassador Muhammad Syrus Sajjad Qazi, presently in Ankara to enter the race for foreign secretary again. At one time, he was a hot favourite.

For time being, an announcement from the Foreign Office for naming a foreign secretary could be pushed till next week.