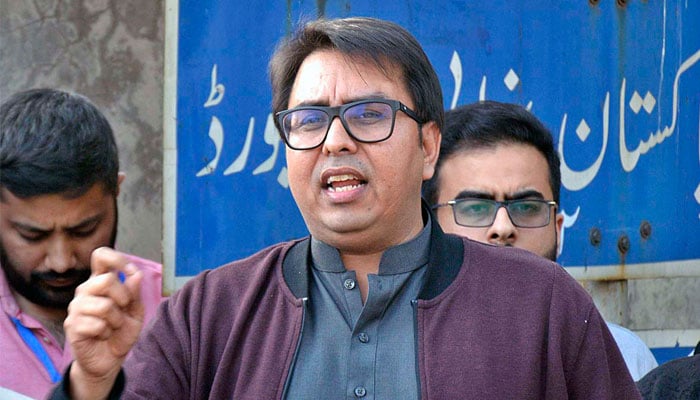 ISLAMABAD: A district and sessions court of Islamabad approved PTI leader Shahbaz Gill’s request for exemption from attendance but gave him a final warning to appear in court at the next hearing.

Additional sessions judge Tahir Abbas Sipra granted the exemption during a hearing held today. Gill was expected to be presented with copies of the challan against him.

Gill’s lawyer told the court that his client was ill and could not travel which is why he should be granted an exemption from appearance.

The judge, while approving the exemption, remarked: “I’m giving a last chance, Shahbaz Gill should ensure his appearance at the next hearing.”

The court then adjourned the hearing till November 7.

Gill has been facing sedition charges for inciting mutiny within the Pakistan Army through his remarks via a private TV channel show. He is currently out on bail.