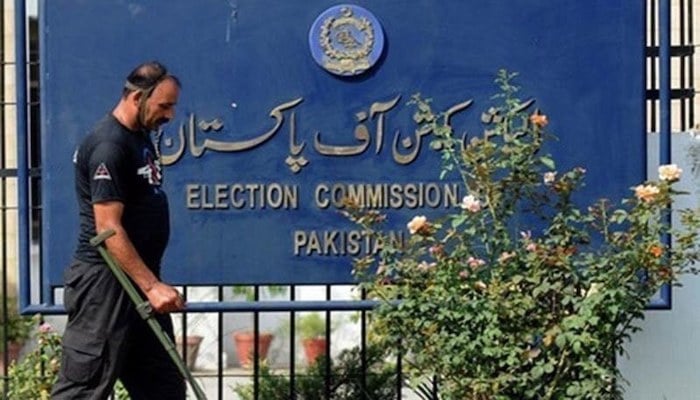 ISLAMABAD: The Election Commission of Pakistan (ECP) has said that it has the authority to entertain lawmakers’ disqualification reference sent to it by the speaker of an assembly in line with the constitution.

The commission’s observations were made in the detailed decision — obtained by Geo News — on PTI Chairman Imran Khan’s disqualification in the Toshakhana reference.

In a consensus, the ECP’s five-member bench disqualified Khan Friday as he submitted a false affidavit and was found involved in corrupt practices under Article 63(1)(p).

However, Khan has challenged the order of the commission in the Islamabad High Court, praying to the court to set aside the judgment as ECP had no jurisdiction over the matter.

In the detailed verdict, the ECP said: “The Commission is competent to entertain the reference from the Speaker under Article 63(2) of the Constitution and adjudicate upon the same under Article 63(3) and the Question of disqualification as and when raised is not dependent upon time.”

The order further added that the commission — under Article 63(1)(p) read with Article 63(2) — has the jurisdiction to entertain the reference forwarded by the National Assembly speaker, with respect to the disqualification of lawmakers.

Quoting Supreme Court’s order in “Muhammad Salman vs Naveed Anjum”, the ECP said that it is empowered to decide a disqualification case and if it deems fit, then the lawmaker can be disqualified.

The commission mentioned that Khan has admitted that he retained five gift items after paying a total amount of Rs11,684,250 (eleven million six hundred eighty-four thousand two hundred fifty) and that the total cost amount has been declared against precious items in the statement of assets and liabilities for the year 2020-21.

“No details of the gift items in regard to particulars of items have been disclosed in column number 3 of Form-B […] the respondent was required to declare these items under various headings specifically defined in Form-B under the main heading of moveable assets,” the ECP mentioned.