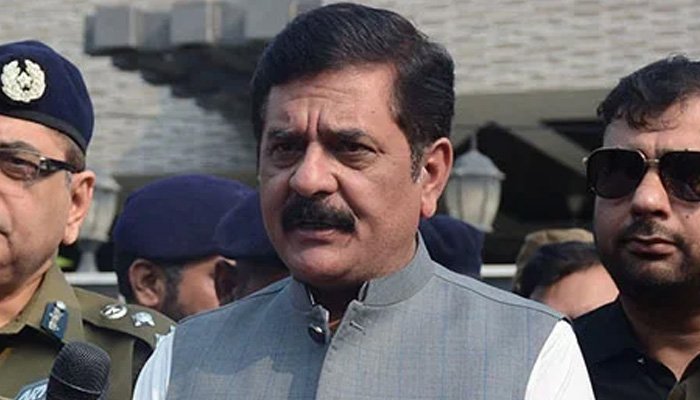 LAHORE: Punjab Home Minister Hashim Dogar reportedly stepped down under pressure from the party leadership as PTI Chairman Imran Khan wasn’t happy with him, it emerged on Tuesday.

Dogar resigned from the office citing personal reasons but reports suggest all was not well within the party.

The PTI leaders had raised objections after his statement that the Punjab government would not support Imran Khan’s long march call for Islamabad while the comments also attracted a strong response from Chief Minister Pervaiz Elahi.

Revealing behind the scene details, Geo News anchorperson Hamid Mir shared that he learnt that Imran Khan took resignation from Col (retd) Hashim Dogar as he was not happy with the outgoing minister.

The anchorperson said that the PTI chairman had been getting information, right or wrong, about Dogar.

“Imran was told that Dogar belongs to the unit of a senior officer of the establishment and often meets him,” Mir said, and added that Dogar did not play any role in blocking transfer of containers to Islamabad to block the PTI’s long march.

Mir said Dogar was also of the view that the Punjab government would guard the long march but it would not become a part of it.

The PTI leadership also believed Dogar had failed to give tough time to the PML-N and punish those police officials who resorted to “worst torture” on PTI workers during the May 25 long march.